2020 has been an unparalleled year with unexpected highs and lows owing to the outbreak of Coronavirus. The COVID-19 pandemic has led to drastic changes across the world preying over few industries and sectors while others waded and some flourished. The kids’ sector in India too was no exception.

Animation Xpress had an informative chat with Cartoon Network and POGO South Asia Network head Abhishek Dutta on the year that was for the kids’ broadcaster and the genre in general. Read on:

How 2020 fared for POGO and Cartoon Network in terms of trends, new shows and ratings

2020 has been really exciting for both Cartoon Network and POGO in India. Our new show launches, Titoo – Har Jawaab Ka Sawaal Hu and Smashing Simmba on POGO, and Bandbudh aur Budbak on Cartoon Network, are homegrown animations that received an overwhelming response from our audience.

Most recently, we introduced international fan-favourite, The Tom and Jerry Show, with an Indian ‘tadka’ in Hindi, Tamil and Telugu commentaries on Cartoon Network. With a commentary-style “thought over” track, we retained the original charm of the show while enhancing its relatability. The global franchise in this new version has also received a tremendous positive response from our young fans.

Seeing that seven out of the top 10 shows in the kids’ entertainment genre are homegrown properties, we believe that homegrown content will continue to unlock new and exciting growth opportunities for Cartoon Network and POGO.

Overall, according to data revealed by BARC, the kids’ genre has seen a 29 per cent growth in average weekly viewing minutes, growing from 11.3 million in the pre-COVID weeks to 14.6 million after the outbreak.

Impact of the pandemic on the sector – What worked well for Kids Entertainment channels?

At a time when most genres on television had to resort to reruns, what worked for the kids’ entertainment genre was the fresh content that it continued to offer throughout this period. Since animation is planned well in advance, both Cartoon Network and POGO already had new launches scheduled for Q2 and Q3 of 2020, minimising the impact of the outbreak on our offerings and ratings.

For instance, we premiered Titoo – Har Jawaab Ka Sawal Hu on POGO and Bandbudh aur Budbak on Cartoon Network during this period along with a lot of other new content that aired for our existing shows. The Bollywood-inspired POGO original production, Smashing Simmba was also launched this Diwali, being developed largely during the COVID-19 phase, and witnessed a blockbuster launch. 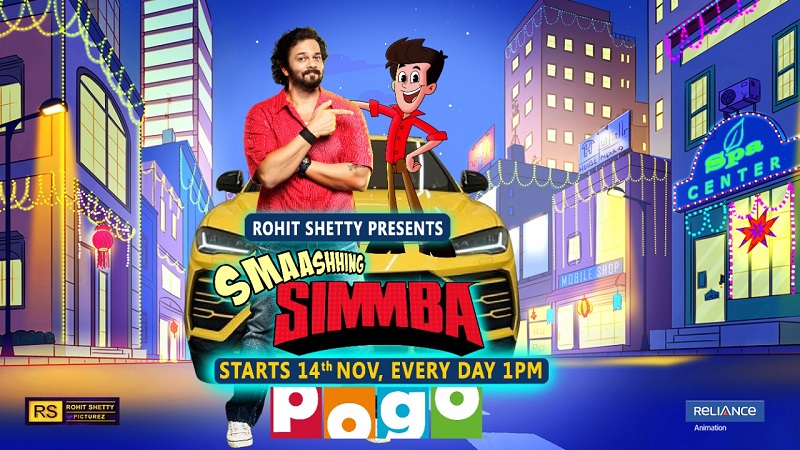 We understand that localised content resonates very well with Indian kids. This is why our new launches have largely been homegrown IPs. While Titoo is an original production produced by Cosmos Maya, Cartoon Network’s Bandbudh aur Budbak is an acquisition.

Smashing Simmba, is POGO’s latest original production in partnership with Rohit Shetty Picturez and Reliance Animation. The massive success of Cartoon Network’s all-new version of The Tom and Jerry Show with the added ‘thought over’ track is also a testament to how local flavours can add a whole new layer of relatability to global franchises.

Based on past successes, we have also identified the genres that Indian kids love and enjoy the most. We will continue banking on these genres including Bollywood, a slice of life, slapstick comedy and action-adventure which make for the very quirky characters, familiar backdrops and compelling stories that draw our young audiences in.

Owing to the outbreak and the subsequent lockdown, the year 2020 bore witness to distinct shifts in kids’ viewing patterns. While incremental viewership is experienced by the genre every year during the summer holidays, this year the viewership spike was experienced well before the start of summer vacations. 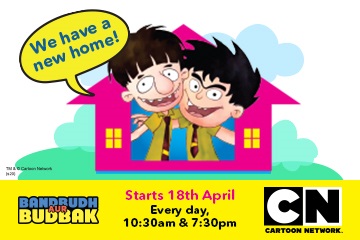 The morning and afternoon time bands 7 am to 11 am and 11 am to 3 pm have observed almost 47 per cent growth during the peak COVID period (i.e. Q2 vs Q1 2020). The same slots still dominate the majority viewership as kids continue to be at home. A similar trend has been observed across all genres.

The kids’ genre often features within the top three spots of most-watched genres among all viewers in urban India and in the two to 14 years age bracket. Viewership across the kids’ genre has seen a significant rise over the years and displays a promising growth trajectory. Within the genre, both Cartoon Network and POGO clocked substantial viewership hikes during the pandemic and in comparison to 2019, which was further supported by newly launched homegrown IPs.

Plans for the year ahead

With new and exciting content slated for 2021, POGO is set to consolidate its leadership position as the go-to destination for popular and premium homegrown kids’ entertainment content.

Through the next year, we will continue to introduce our fans to new shows as well as new seasons of their favourite shows on both Cartoon Network and POGO. These will, of course, include new programs from Warner Bros. Animation and our very own Cartoon Network Studio in the US.

Most importantly for us, we will also both acquire and create our own unique and relatable homegrown content that offers a local flavour through its authentic voice, India-centric characters, and regional language feeds. To this end, we are launching our new original production Lambu-G Tingu-G, a homegrown animation comedy produced by Cosmos Maya, next year.

We are looking forward to another blockbuster year of introducing relevant, relatable and entertaining shows that our young audiences will instantly fall in love with!

Outlook for 2021 and trends to watch out for

The year 2020 has already bolstered the growth of television content consumption in India, and this the upward trend is likely to continue as people still prefer remaining indoors.

This rising consumer demand paired with increasing ad revenues paint a promising picture for India’s M&E sector, which is expected to witness 33.1 per cent growth in FY22 over F21 to reach Rs. 1.86 trillion, according to KPMG India’s Media and Entertainment Report 2020 – A Year off Script: Time for Resilience. With such hyper growth on the horizon for the sector and all its subsets, especially digital media, we are looking at channels across genres bringing new content for the ever-growing audience base.

For kids’ entertainment in India, I believe that original and local content will continue to dominate the genre. Considering increased accessibility to entertainment through many modes, and the unique co-viewing patterns in India, we are sure that Kids and Family Content will continue to be the ‘anchor genre’ that it is. Indian viewers no longer want just engaging and interesting stories but they also want more relevance and relatability. We had identified this trend a while ago and have been focusing on localising international content to better suit the preferences of our young fans, as well as creating more unique local IPs.

Speaking of relatability and relevance, Lamput, Cartoon Network’s critically acclaimed short-form animation from this region, has managed to appeal to a global audience. This non-dialogue, slapstick chase comedy by Vaibhav Studios won the ‘Best Children’s Programme at Asian Academy Creative Awards 2020’, for the third time in a row. It was also nominated for an International Kids Emmy award, a first for any Indian animation, amongst other accolades. This homegrown animation has successfully broken geographic and language frontiers solely on the basis of engaging and relevant content, growing from micro-content for online viewing, to long-form episodes for broadcast. 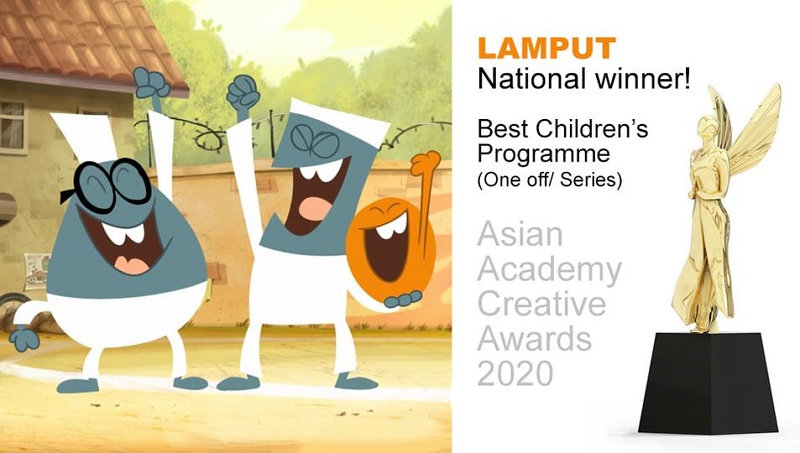 Animation/VFX is a potentially high-growth sector. According to IBEF data, the Animation, Visual Effects, Gaming and Comic (AVGC) sector is the fastest-growing sector within the larger M&E space, rising at a rate of 29 per cent between 2019 and 2024.

Further, according to the KPMG Report, the Animation, VFX, and the post-production segment grew by 15 per cent from 88 billion (bn) in FY19 to 101 bn in FY20. The sector has grown at a CAGR of 18 per cent from FY16 to FY20. We are also seeing more mature content being developed in the animation and VFX space, which will be a significant additional factor that will add to the growth of animation.

I believe stakeholders, from government bodies to key industry players, must come together and facilitate better skill-development, training, and learning opportunities for industry-ready professionals. Only a strong talent pool with requisite skill sets, knowledge and vision can compete with established markets while creating memorable content.