Our favourites, Tom and Jerry are back, and this time, with a desi flavour! The most loved Cartoon Network’s (CN) long-running, classic chase comedy, ‘The Tom and Jerry Show’, is now available in India with ‘Badle tevar aur flavour’!

For the first time ever, the iconic show has been dubbed with Hindi, Tamil and Telugu commentary, bringing the duo’s legendary tales to Indian kids in a more relatable way. Adding another layer of immersive storytelling, Cartoon Network is airing this brand-new adaptation daily at 1:30pm and 6pm. 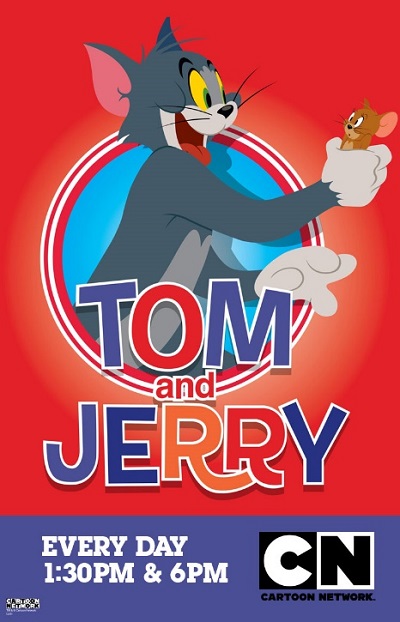 Commenting on this, Cartoon Network and POGO South Asia Network head Abhishek Dutta stated, “We have been betting big in recent years on ‘glocal’ content that is relevant and relatable. The addition of commentary to enhance a slapstick silent comedy is a delicate task, one that we have successfully accomplished in the past. In our experience, this works brilliantly in India and the larger South Asian market. It was only a matter of time that we broke new frontiers with a ‘glocalised’ rendition of international fan-favourite, ‘The Tom and Jerry Show’, that is an inseparable part of Cartoon Network’s legacy. We are confident that our younger, newer audiences will definitely love the cat and mouse duo more than ever before, in the all-new Hindi, Tamil and Telugu commentary versions.”

A quintessential slapstick animation comedy, The Tom and Jerry Show follows the misadventures of Tom, a house cat, in his never-ending chase and nab a feisty and notoriously clever mouse Jerry. The iconic rivalry between the titular characters and their unrelenting capers have garnered a global audience base. Already well-received in India, the dubbed edition of ‘The Tom and Jerry Show’ is set to consolidate Cartoon Network’s leadership position in the Indian kids’ entertainment space.

The quirky commentary version of the slapstick comedy stems from CN’s approach to creating kids’ entertainment content that is fun, diverse, inclusive and relatable for all its fans. Both Cartoon Network and POGO have exemplified this approach with tremendous success in India, with shows like Grizzy and the Lemmings, a rib-tickling international silent-comedy animation.