A leading animation and VFX training college located in the heart of Pune, VEDA (Visual effects design and arts ) institute is spreading its wings by adding to its branches. The new setup is based in PCMC, Pune.

“Foundation of VEDA was laid in Pune 10 years ago and then we expanded our services in Uttar Pradesh. As said we have grown slowly and steadily but with great firmness and bigger success story,” mentioned VEDA co-founder Rishi Acharya and marketing manager Tahir Khan.

VEDA since last 10 years has slowly and steadily grown, understanding the need and upgraded their academics as per the industry requirements. “Time and again we have not only upgraded our academics but also upgraded our faculties so that the students get the best education and value for their money,” added Acharya and Khan. 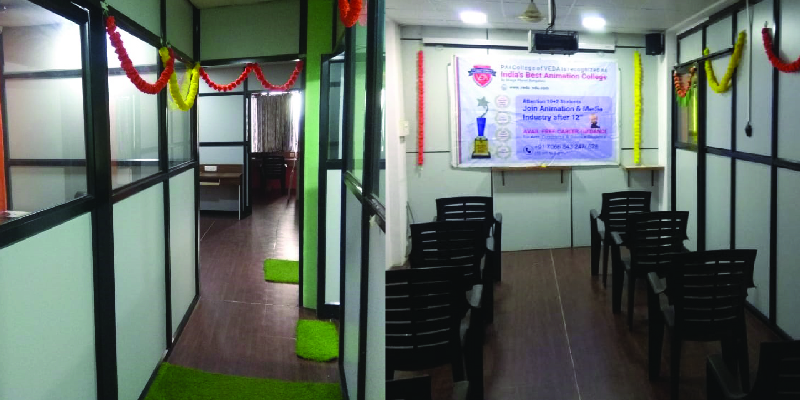 “The most value-added thing about the above courses is that the candidate gets certified directly from the original respective company of which he/she has learned the software of,” both mentioned. After completion of the course, the candidate goes through an online exam and after succeeding they get a certificate from Adobe/Autodesk (which is globally recognised) that adds value to their knowledge and skills.

VEDA has played a very vital role in not only grooming the artist but also appreciating the artist through our programs like Kalostav; Golden Pixels Awards; Akil Bhartiya Kala Gaurav Saman; Shiksha Guarav Puruskar. We will continue appreciating all the AVGC artists for their contribution in their respective domains.”

During the pandemic, the team at VEDA conducted online sessions twice in a week which were open to all; students, parents, educationist, and guided them the benefits of Digital Opportunities in coming future.

Understanding the future of digital India, VEDA started online classes since 2014 with big investment and faced many challenges and hurdles technically. They succeeded and were awarded in an event “TOP Education Brands in India-2019” in Bengaluru event which was hosted by Image Planet, so the team and the faculty members were prepared when the course was completely taken online due to pandemic.

The team now has its own digital library; online students classrooms year wise. During this pandemic, VEDA had an upper hand by all means among the rest of the Institutes.