Over the years, the streaming giant has experimented with and explored various genres of content. It has been, in recent times, investing heavily upon animated content – originals or acquired.

A couple of days ago, Netflix co-CEO and chief content officer Ted Sarandos revealed that the streamer plans to release six animated movies a year in the near future. This comes after a month when Netflix co-founder, co-CEO and chairman Reed Hastings wished to surpass Disney in animated content.

“We want to beat Disney in family animation. That’s going to take a while. I mean, they are really good at it. We’re both very focused on building out our animation group and, you know, it’s a friendly competition. We both want to do incredible stories for consumers and we want to be able to raise the bar in that area. We know that they will be a challenger and a competitor for the next 50 years,” Hastings said.

While the streaming powerhouse has earned enviable achievements in the animation category in the past – scoring an Oscar nomination with animated feature, I Lost My Body (2019) – Netflix still has a long long way to go to meet the level of Disney and other reputed studios in terms of creating legacies.

But this announcement from Sarandos, definitely confirms how serious Netflix is in terms of focusing on animation. It is an area that Sarandos is very focused on to make it flourish and delegating work, investing in more compelling stories, is the only way that he believes is to make it happen.

Sarandos told Variety, “Our animation ambition right now is not just to step up and be as big as someone who’s doing it today — we’re on a path to be releasing six animated features a year, which no major studio has ever done, on top of the very healthy slate of animated series. The way we think about those things is not to say, “Well, how do we do it like someone else has done it?” Because no one’s ever really done most of these functions at the scale that we’re doing, and the only way you could do that is to have a really trusted team, who will make decisions and take them seriously and own them.”

Hastings and Sarandos also mentioned at their Q2 Earnings call that the streaming service has been in talks with a number of animation creators/producers since 2019.

For the Indian market too, Netflix is looking out for more home-grown animated content with Indian animation creating a mark for itself in the industry. With the COVID-19 outbreak, animation as a medium has gained a significant drive with live-action productions being stalled. Netflix India Content VP Monika Shergill commented at Indian Television dot com’s webinar that the inhouse animation team at Netflix are creating and co-creating local animated content.

It also acquired the animated feature, Bombay Rose, animated and directed by Gitanjali Rao. Not only that, Netflix also took up the first ever Sanskrit animated feature Punyakoti directed by former Infosys employee Ravi Shankar in April 2020.  The film received decent response. Netflix has also been basking in the glory that Indian animated original, Mighty Little Bheem has brought them. With its phenomenal success worldwide, the streaming giant launched the third season on 25 September and is taking Indian animation seriously into consideration. 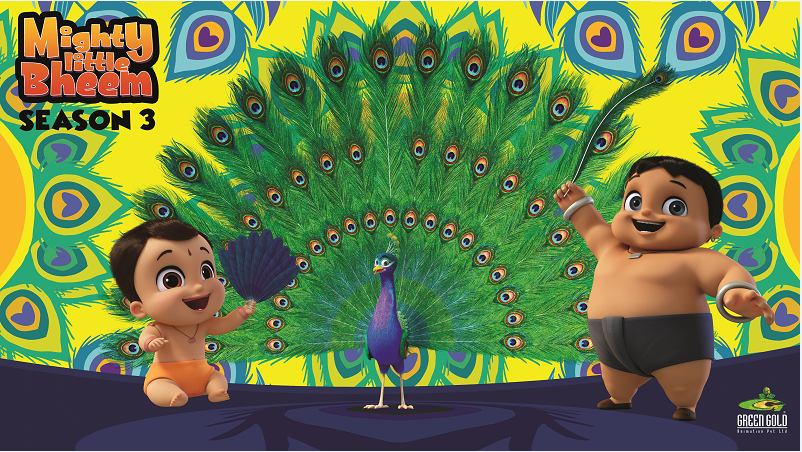 Netflix India original film director Aashis Singh told Animation Xpress in March 2020 that Netflix is “definitely interested and open for Indian animated content, and are in talks with a few creators and soon will announce once things get mature. We’re in conversation with our LA team and are actively looking at content from India, animated and otherwise,”