Two days ago, we reported about Netflix looking to create or acquire more animated content in the near future to take on its rivals like Disney+, HBO Max and others. Netflix chairman, co-founder and co-CEO Reed Hastings revealed in the Q2 earnings call, “[Ted] Sarandos has got big plans to spend future billions in our movies, in series, in animation…and we’re definitely focused on creating franchises.”

She said, “We have recently launched 17 local Originals and among them we have Bombay Rose. It clearly indicates that animation is on our radar, especially with the phenomenal success of Mighty Little Bheem which was viewed and enjoyed by 27 million plus US households as well as across the world, as it was territory agnostic. We have a talented vertical inhouse at Netflix India for family and kids entertainment, and they are making a lot of animation titles and have partnered with a lot of local creators. Great ideas are always welcome at Netflix and we would love to explore more of animation.”

With the Coronavirus outbreak bringing the world to a halt and live-action entertainment to a temporary standstill, animation as a medium was not only alive but kicking. Several animation studios and independent creators worked remotely to deliver fresh episodes and telemovies of popular kids programming to their respective broadcasters. Viewership of kids content on OTT platforms have also seen a tremendous growth amid the lockdown. Few parents revealed to AnimationXpress that many kids are now preferring undisrupted content consumption on streaming platforms than linear television. 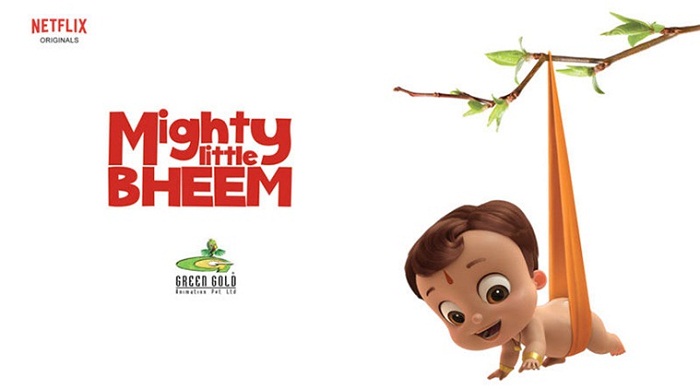 Shergill, who joined Netflix in July 2019, also mentioned that the streaming powerhouse spends $420 mn on content and is keen to explore different genres including animation. She further added, “At Netflix, we always experiment and explore various forms of storytelling. I’d urge creators to send us great ideas, great content in animation. We usually tend to get excited after we come across fascinating international slates or stories, but the way it’s written, the characterisation, and animation- when all of it come together as a whole, successful franchises are created. So we’ve been looking for those breakthrough ideas on that front, as production is just one part, but bringing a good story alive on screen from the paper through animation is a big task. We haven’t found those stories and characters yet but we are constantly looking for it.”