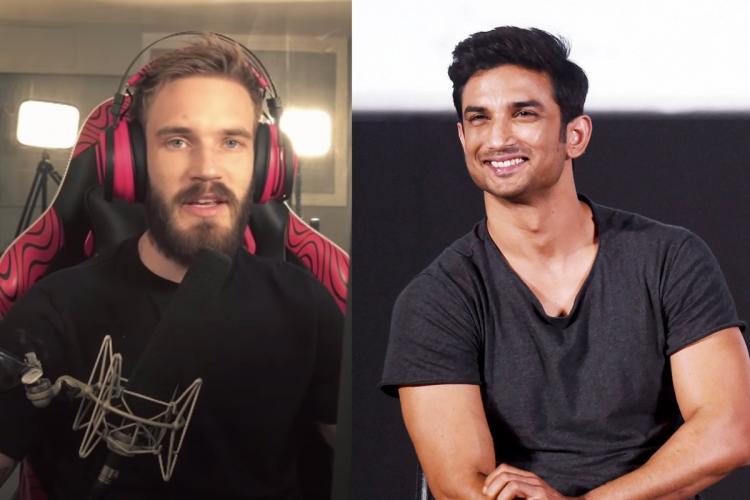 Over a month after Sushant Singh Rajput’s untimely death, world’s number one independent YouTuber PewDiePie in his recent video paid a tribute to the young actor.

Previously, he had mentioned Sushant in of his videos but his one was specifically a tribute to the late actor. PewDiePie opens the video with, “Now, I am not going to pretend like I knew who this guy was but I recently found out about him and I talked about him in the video.. this guy is a big deal. I just watched some videos on him and I thought he seemed like a really interesting dude but unfortunately, he passed away a month back so I wanted to make this video to pay tribute to him, and bring attention to his life. I just think he is a cool dude and I won’t pretend like I was his biggest fan No, I had no idea who he was but I like what I see..”

He also looked up Sushant on the search engine and then opened his wikipedia page. Calling him “commercially successful actor in Bollywood”, he mentioned some of his hit and loved films like Chhichhore, Kai Po Che and Detective Byomkesh Bakshi.

Enlarging upon the late actor’s background, he shared, “I found out that he was ranked No 7 in engineering exams in all of India, not bad because I used to study engineering myself .. I remember the pride when I got highest out of 200 people. He came from humble beginnings and I can relate to him. He was also National Olympiad winner in Physics, smart dude basically.”

He then reacted to a 2016 video of Sushant Singh Rajput where he was seen addressing IIT students. Stating that he resonated with Sushant’s journey, PewDiePie shared, “Regardless, he dropped out of engineering and I also dropped out of engineering to pursue his dream to work in showbiz and one of the video I saw when he did this university talk and I thought it was super interesting.”

After the watching the video, PewDiePie said, “He’s such a smart guy, and the message in this video is so strong as well. It’s so strong that I wholeheartedly believe it. It really makes you sad to think that he passed away at such a young age.”

Expressing his views on the controversy around Sushant’s death, PewDiePie stated that he won’t go into the details of it but said, “He just had this thing about living in the moment. He wouldn’t die by suicide if he had this mindset.” Though he acknowledged that the video is from 2016 and a lot must have happened in his life that he took the drastic step.