From creating edutainment content for older age groups to developing DIY, cooking and other hobby-based shows, kids’ entertainment industry leaders discussed a host of innovative strategies for content development at the five-day Animation Masters Summit 2020 that concluded here on Friday. 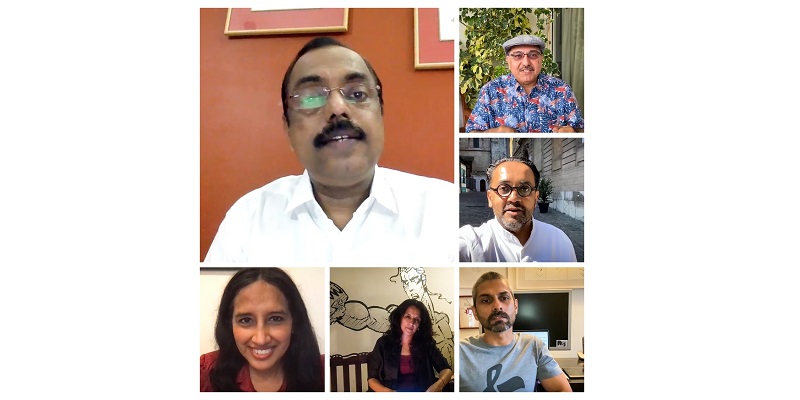 As many as 1800 attendees registered for the virtual summit from around the world.

Content remained the centre of focus at the event, which included two panel discussions and six master sessions by renowned artists from diverse fields of entertainment. The masters in this edition included:

Writer, story artist and animation director Cinzia Angelini (Despicable Me 3, The Grinch, Abominable, Spider-man 2, Prince of Egypt), who spoke about the techniques of story-boarding and the secrets of making the perfect movie pitch with simple sketches.

Gaming expert and Epic Games general manager (India and South East Asia) Quentin Staes-Polet, delved on the latest technology that is used to create the surreal world of gaming.

Renowned Indian cinematographer Ravi K Chandran ISC (Virasat, Dil Chahta Hai, Black, Kannathil Muthamittal) detailed about the stark technological changes that the field of cinematography witnessed in the last two decades. He also shared inside stories about some of the biggest Indian movies that he has worked on.

National Award-winning music composer Shantanu Moitra (Parineeta, Hazaaron Lage Raho Munnabhai and 3 Idiots) spoke about why creators need to invest into themselves and tap into their souls to come up with their best, as creative arts can have unimaginable impact on the audience.

Academy Award winning character animator Sajan Skaria (Inside Out, Finding Nemo, Wall-E, Cars and Ratatouille) emphasised on how art and science intersect in his line of work and how physics and geometry are as equally important for a character supervisor as sketching.

The panel discussions at the Summit included industry stalwarts who deliberated on key business and artistic challenges faced by the entertainment industry in the post-pandemic scenario.

Animation Masters Summit 2020–Digital concluded today with the festival director Hiranmayi Narayanan offering felicitation to the masters, speakers, partners and audience who made the event a grand success.