Baby Bheem is back to entertain kids and families! As the third season of Mighty Little Bheem starts streaming today, 25 September, its phenomenal success has enabled Netflix to look at Indian animation differently.

Launched in April 2019, Mighty Little Bheem was the first Netflix Indian Original animated series to be a huge hit globally. In fact, it was the number one ‘Most Watched International Release’ of 2019 in the US, and kind of paved the way for the streaming giant to take Indian animated content, IPs and characters a bit more seriously. 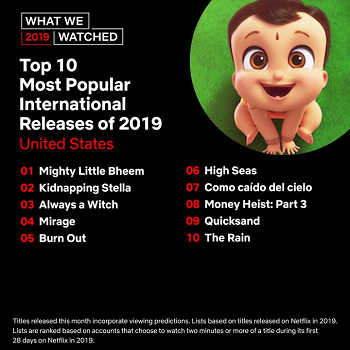 Still the undisputed leader in the business, Netflix is now focusing on creating more programmes for kids that exposes them to stories from every corner of the globe with more diverse heroes and concepts.

Commenting about the third season of Mighty Little Bheem, Netflix Original Animation director Dominique Bazay told AnimationXpress, “Every family is different. It’s why we’re investing in a wide variety of kids, family films and TV series from all over the world. We want kids all over the world to be able to see themselves, their family dynamics, their culture reflected in this series that they watch. It comes from having representation of different voices as creators. That’s what we try to focus on. We are thrilled to bring back the adorable and hilarious adventures of Mighty Little Bheem with a new season. This wonderful series shows that great stories are universal: they can come from anywhere and be loved everywhere; transcending culture, country and language.”

> It has been watched by over 27 million households worldwide, including in Latin America, Australia and New Zealand.

It has enjoyed unmatchable popularity outside India, so much so, that kids have searched online for ‘laddoos’. Many including a little girl in USA celebrated their birthdays with Mighty Little Bheem-themed birthday cakes. “People are curious to know more about other cultures. Mighty Little Bheem is a perfect example of how much people are curious to know about the Indian culture,” a spokesperson close to the streamer mentioned. 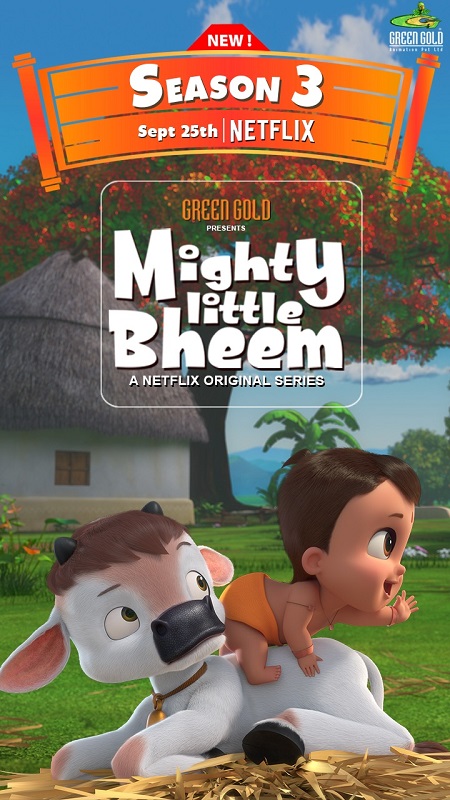 India has emerged as an extremely crucial market for the global streaming colossal and it is heavily investing in churning out more locally relevant and resonated stories and IPs. A couple of months ago, Netflix India Content VP Monika Shergill noted that the streamer always welcomes homegrown original stories and characters, including animation. The acquisition of Bombay Rose ensures that sentiment.

Recently, Netflix co-CEO and chief content officer Ted Sarandos shared with Film Companion editor Anupama Chopra at ET Global Business Summit Unwired 3.0, “We have said from the beginning that India is a critical market in the world for us. Indian content is travelling outside the world, Indians are adopting global content and we’re building up on the understanding of the market gradually.”

He further added that after Netflix’s first marquee content in India, Sacred Games, which played in every major market throughout Europe and Latin America, Mighty Little Bheem has been the most successful Indian IP.

With infant Bheem back to his mischiefs with a new season, creator/producer and owner of the Bheem IP, Green Gold Animation is naturally elated. Green Gold Animation founder and CEO Rajiv Chilaka shared with us, “Mighty Little Bheem is breaking down geographic borders with its cross-cultural appeal. While the world can often feel so large, infant Bheem introduces a new generation to India’s rich culture making the world feel more connected. We are very happy that season three is now live on Netflix.”

The streaming powerhouse has also announced Ghee Happy, an animated show about Hindu deities who, as children, attend a special daycare and discover their own powers. More details about it will be revealed soon.