Indian animation is continuing to make a mark in the global scenario with its thoughtful and experimental content. Harish Iyer’s Artham Anartham (Sense Nonsense) and Gaurav Wakankar’s Mother are the only animated short films to be officially selected at 16th Athens Animfest, which is to be held virtually from 26 to 28 March 2021.

Both the animator-filmmakers took to social media to announce their selections. Speaking about the film’s journey till now, Iyer told Animation Xpress, “The past year has been challenging and beneficial to me in equal measures. Lockdown provided me the time to not only finish my film (which was in production for a few years on and off) but also try the festival circuit. My friend and fellow animation filmmaker Diwakar Kuppan recommended me to go the festival route. Since almost all the festivals were online last year it was easy to apply and be part of many festivals from around the globe. But I do miss the opportunity to actually connect with people and gauge the audience response during the live physical festivals. But what excites me more is its selection at some of the exclusive animation film festivals from around the globe.”

Commenting on the selection, Iyer noted, “I am really overwhelmed by the response the film has received so far. It has been received well at various Indian and International film festivals. It is a real joy to see your film being showcased among some of the most amazing animation films from around the world. This definitely encourages me to keep moving forward and make better films.”

The official synopsis of the animated short reads: Kicha is an atheist and is affiliated to the Communist Party in Kerala. He lives with his extremely devout grandmother. Under a single roof, these opposing ideologies are always at loggerheads. Unfortunately for Kicha, all hell breaks loose on an important day when he refuses to pay heed to his grandmother’s warnings of ill omens. Does Kicha manage to overcome his misfortune!

On the other hand, Wakankar’s Mother is a three minute film which when conceptualised, was a six minute long animated drama. Commenting on the selection, he stated, “I’m fascinated with the official selection and especially after it won the first prize at Icona Animation Festival and also showcased at the Scout Film Festival. The best thing about these film Festivals are that they arrange a lot of good lineups and due to that I got an opportunity to attend a talk with Disney TV head which helped me get a lot of insight in what goes into pitching an animated TV series and other stuff. Also they bring lots of filmmakers from all around the world together and I could meet all of them and interact with all of these people virtually. It was a very nice and friendly crowd. It’s a great experience being in different festivals and being recognised. Because of this festival and the preceding ones, a lot of audience recognised me and animation from India, and I could talk about my journey and the way the animation industry is going on in the country, so that was nice.”

Wakankar is now working on a soon to be announced music video as last year, he independently and as a part of Ghost Animation, had worked on a lot of amazing music videos owing to a high-rise in animation content as live-action shootings stood still, and due to that a lot of musicians have approached them.

He also mentioned that he was selected as a spotlight director in Scout Film Festival, and landed an opportunity for an additional Q&A session with the audience and other filmmakers. “Being the only animator amongst a lot of live action film makers, I could give them an insight about how the filmmaking process varies, writing and designing the characters. I could speak about how we can control the look and feel of the film. And of course, how COVID affected the industry and the perks and cons of being a freelancer,” added Wakankar. 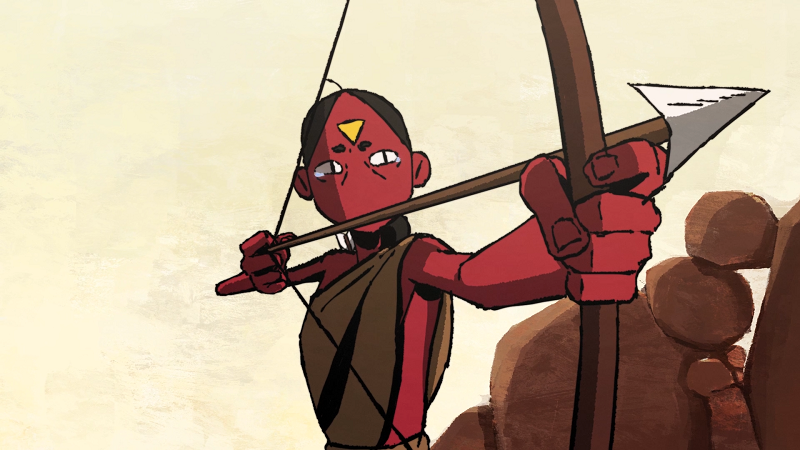