“How far will a mother go to save her child?” – All of us have heard and experienced this line several times in different art forms. The same theme is experimented and depicted poignantly in Gaurav Wakankar’s animated short, Mother.

Thrilled and surprised at the selections, Wakankar shared with Animation Xpress, “I am pretty happy with the turnout as I did not even expect these many selections. Mother was never meant to be a festival film. It was an experiment on my part, to test my own abilities as a director. Many prestigious film festivals need submission fees to sustain which is understandable. The entire film was self-funded, and while paying the crew I had exhausted my savings. So, I only submitted to free festivals for a year now, and the entire process is equally difficult, having a lot of rules, regulations and many other things. Yet, Mother has managed to bag so many selections and a win.”

Mother began as his graduation project at National Institute of Design (NID), Ahmedabad, when the animated short film had a different title. The story focused on a slightly different plot in the same universe with a longer running time. Mother is a three minute film which when conceptualised, was a six minute long animated drama. “It was a very ambitious project and had many characters and dialogues. When I graduated in 2018, I did not finish the film, and turned towards commercial projects as I started working with Ghost Animation soon after. It was in 2019 when WADE was being finished and I felt the need to complete at least one film for the studio. So, I revisited my old story and finished the project,” Wakankar added. 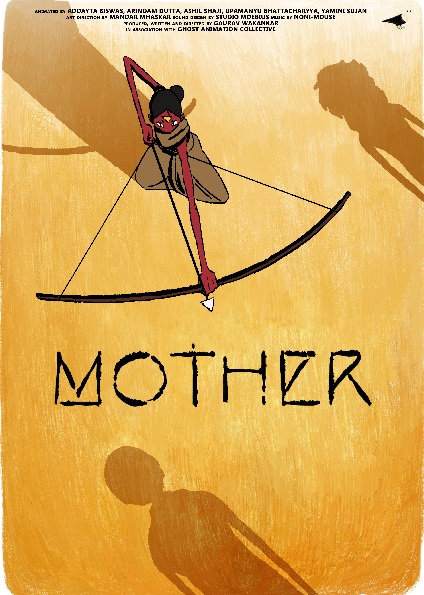 Mother was first screened at TASI’s (the Animation Society of India) Anifest in 2019 and received fascinating responses beside WADE, Watchmaker: At Times End and Beyond Borders.

Elaborating the journey from ideation to execution, he noted, “I wrote a small concept, a shorter, quicker character driven narrative, which didn’t have any dialogues or too many characters. Bhattacharyya helped me flesh out the story while I adapted it to be understandable within its constraints. The characters were designed to be simple yet eye-catching and distinctly powerful. Everyone at the studio made a few versions of characters and I picked up a few elements from all of them. At that time, Mandar Mhaskar, a talented self taught artist from Mumbai, was in the studio, painting backgrounds and color keys for WADE. His sense of lighting and environment is outrageously good, and so I asked him to make some concept art for my film. After seeing his drawings, I knew I needed his vision to see this film through, and asked him to be the art director for Mother.

I knew very well that however short, I couldn’t do it alone, and hence was on a lookout for the right team. Our summer interns also worked on the project as the rough animators. We had four very talented second-year students from NID – Ashil, Yamini, Arindam and Addayata who worked simultaneously on the other three projects. Bhattacharyya animated a few shots too while working on WADE as well as Isha Mangalmurti’s Beyond Borders. The film got made in about four months.” 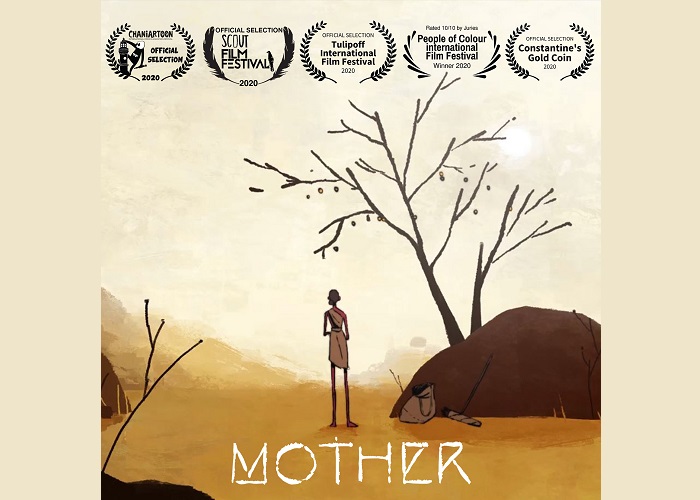 Wakankar also informed that they were quite flexible in terms of software use and animated in TVPaint 11 and Krita. The highly skilled interns finished the entire 2.5 minutes (three minutes with credits) animated rough lineup in just two weeks, which is very fast for 2D standards. Once their internship was over, Wakankar worked on animation cleanup and Mhaskar worked long distance on the entire backgrounds for the film. Wakankar also requested his senior, Nikunj Patel to do sound design for the film, which was another key element, as the entire mood depended on the sound and music of the film and in any story in general. Patel then introduced Wakankar to his friend Radhapriya Gupta, a Mumbai based musician who agreed to produce music while Patel looked after the sound design. 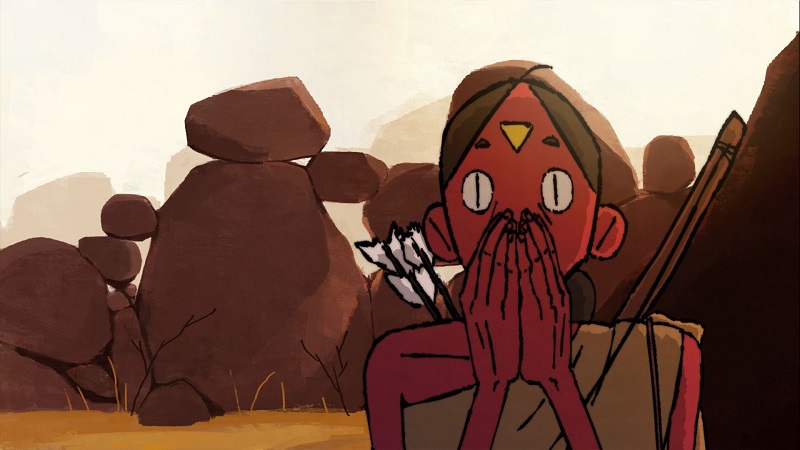 Mother was then premiered and showcased through their initiative – First Flight, where the Ghost team travelled across the country for two months and surprisingly received overwhelming response. “First Flight was a one of a kind experience. This has never been done before and I don’t think anyone can pull this off alone. It’s because I had such strong support like the Ghost team. We would travel the country for two months and witnessed 28 sold out screenings. The response was mad! I did not expect animated short films to pull such a crowd, and we met many different people too! Some were just curious and had never been to an animated film screening. They all loved the process and our in depth presentation of how the films were made. To see what goes behind making an animated film really opens up their eyes. So many were experiencing animation for the first time, and stories so different, which weren’t just cartoons. It was a proud moment to hear from the audience first hand, about what they felt and which parts really affected them.”