On the final day of IndiaJoy, Unity Technologies concluded its second edition of Unite India in Hyderabad, hosted in collaboration with the Government of Telangana.

It has witnessed the participation of 1500 plus delegates and it plans to achieve mobile leadership as it targets the next one billion devices in the coming year. The company strategises to achieve this through its smaller runtimes and new rendering pipelines. It emphasised that the developer community will witness more flexible tools for faster and better prototyping, real-time rendering for creating and operating connected experiences, VFX graph and extending XR leadership in the year 2019. 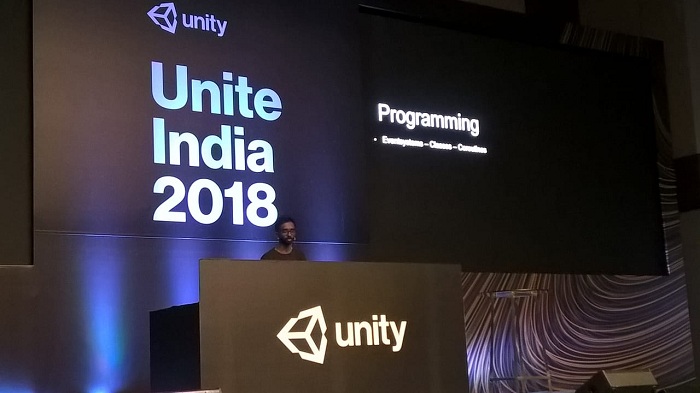 Fusion VR CSS Dr Bharathy shared his research that on how VR will help to achieve ROI of 2500 per cent. He says visual cues play a major role which includes keeping an eye on the principal of stereopsis which reduces the load of the brains towards vergence and not overlooking lights, textures in and shadow. Not only that, non-visual cues like Kinesthetics, Vestibular and Proprioception also are the receptors of the VR content. Since visual and non-visual cues both constitute the reactions to VR content, therefore, the user might nauseate. Since the consumption of the VR content connects and engages all the stimuli points of the human body, therefore, the investment of the VR content will provide a huge return-value in years to come. 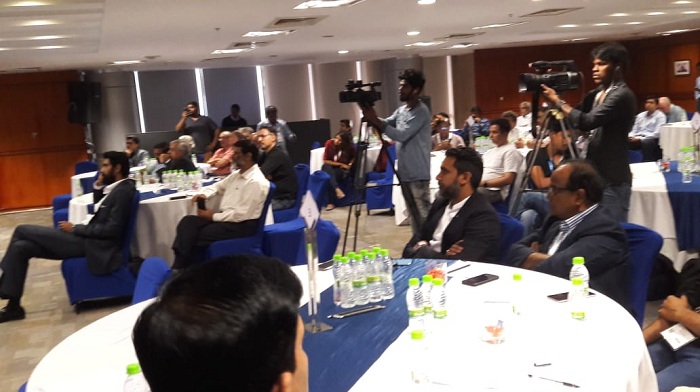 Later Viga Studios founder and CTO Sujay HG shared how to simulate Nuclear reactor scenarios in CAVE. He said that a synergy between software and hardware is essential for AR/VR/MR in order for it to be propelled into the mainstream. Even complex designs of industrial scenarios can be simplified with VR. The cave design with the 360 cameras has been successful for them too.

His session was followed by the Shoonya Game technologies CEO and founder Girish Dhakephalkar shared a walkthrough on how Microsoft Hololens’ immersive data visualisation simplifies business analysis. He said that the companies are transforming their fields, pioneering advances in 3D design, productivity, and collaboration with Hololens. Getting deeper on the technology front, he emphasised that HoloLens blends physical objects and environments with 3D data, helping it to increase engagement and understanding of abstract concepts in board meetings and even at seminars.” 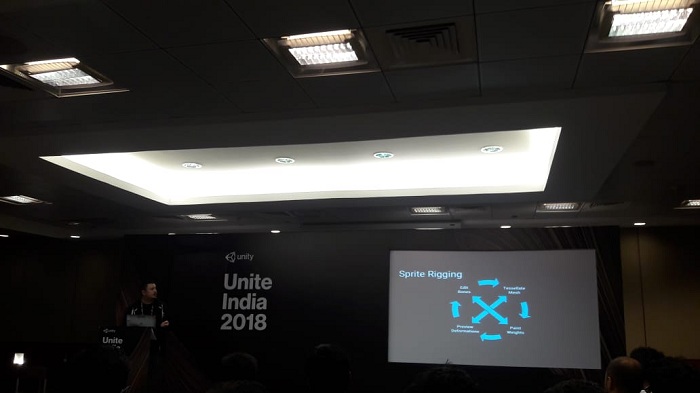 Concluding Unite India 2018, Unity Technologies VP Product Andrew Bowell said that the company is excited to share the roadmap of updates that it has launched with a vision to empower the community to create more flexible projects anywhere, with minimal effort.

The 2019 release cycle will have improvements for artists, designers, developers and programmers and Unity takes pride in this incredible platform (Unite India) that is growing magnificently year after year with thousands of delegates coming together and experimenting with technologies like AR, VR, ML and animation.

Further, he revealed other immersive workshops and sessions by Tech Mahindra, Sonder Team, Deloitte Digital, TILTLABS, Tridify and other players from the gaming and industrial sectors.

With that insightful vision, Unite India ends and IndiaJoy signed off after long six eventful, insightful, informative and fun days. Until next time IndiaJoy!