As the calendar ticks 15 October, the sound of celebration roared – with missiles taking off, event background score, hacking sound and visual effect, landed the much anticipated season 11 Anniversary special of Call of Duty Mobile with mega additions. Activision has earlier hinted about the features that are coming to the game with the new season to mark the first anniversary of the game which was launched on 1 October 2019.


Nonetheless, an electrifying trailer was dropped to officially commence the season and it does give the vibe of 1st-year Anniversary celebration of the game with EDM sound effect. The season is fittingly called “Anniversary.” It has brought new weapons, mode, map, attachments, and much more to the mobile game. Besides this, a lot of content will be dropping during the entire season as a part of the anniversary celebration.

The key highlight of the season is The Club. With the push of a button, Hidora Kai has unleashed a massive EMP attack, driving the Operators deep underground into hidden bunkers. When not out in the field, they make themselves at home in The Club, a new social and play space featuring mini-games, like paintball, Kaboom, darts and so on along with NPC missions, and more. At the Club, one can choose from one of the four custom-made soundtracks, lazer lights, lazer bars and a chance to dance with teammates as players explore the new area. Hit up the bar to watch some television while chugging down Juggernog, pick up mission tasks from NPC characters like Adler from the upcoming Call of Duty: Black Ops Cold War, and take a spin on the Anniversary Machine for the chance to earn special rewards.

For this season they have launched a special battle royale map Alcatraz which is the small island developed with facilities for a lighthouse, a military fortification, a military prison, and a federal prison from 1934 until 21 March 1963.

Historically when San Francisco was put on the map during the Gold Rush of the 1840s, Alcatraz was used for military prisoners. It was also used as a military prison during the Civil War. It did close its doors as a prison in 1963. First seen in Blackout of Call of Duty: Black Ops 4, Alcatraz challenges players to fight for survival in and around the infamous San Francisco Bay prison.

Alcatraz is a smaller map than Isolated, the graphics of the map is surreal with the darkness of the prison and the dungeon with hidden paths screams the era. Also when a player first enters the map, Ghost speaks and shares that the classic map is under EMP attack and one needs to go to Alcatraz.

The Anniversary Season kicks off with a new Gunfight and 1v1 Duel map, King, along with the return of the fan-favourite Halloween Standoff. We’ve got new Multiplayer mode cranked. Cranked is Team Deathmatch with an explosive twist. From the time when a player eliminates an enemy player, a  timer of 30-second begins. During this time span, enjoy faster movement and weapon handling, and kills, which are worth double points. If a player failed to take down the enemy within that time frame — the player explodes! The faster a player moves ahead, the better the chance of winning. Check out the gameplay below:

When I initially started playing the game at a slow pace I got killed several times. The moment I started playing it at a fast pace, I won with the highest points on the leader board. Tip to ace this mode is to use your scorestreaks wisely and choose your perks accordingly so that you don’t get killed quickly.

Anniversary adds 50 new tiers of free and premium content, including new characters, weapon blueprints, weapon charms, a new scorestreak, new weapon, and more. Reach Tier 14 to unlock the free Advanced UAV scorestreak — earn enough score to call out this bad boy and you’ll see not just the location of enemy players but the direction they’re facing, too. Progress to Tier 21  and the player can unlock the Fennec SMG, a new functional weapon that features a blazing fast fire rate. With the purchase of the Battle Pass, one gets the chance to unlock all 50 tiers of content in the Anniversary Battle Pass. A player can build out Operator roster with Spectre – Pixel Spy, Reaper – Premium, Zero – Nebula, and Scylla – Future Vice. 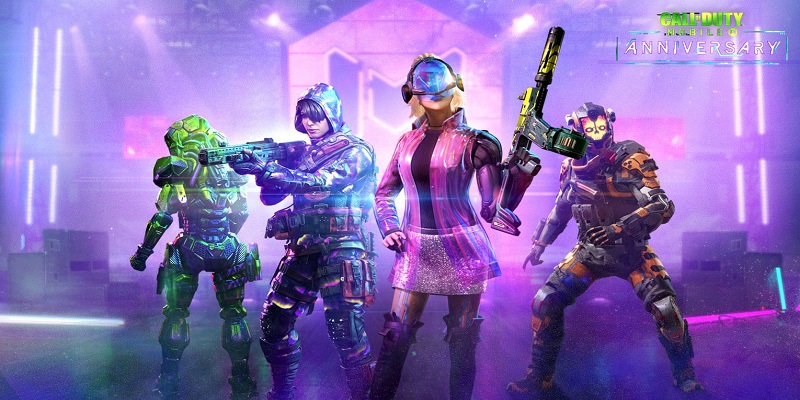 The Fennec is a close-range submachine gun with a very high rate of fire. There have been speculations that Another weapon, the NA-45 from Advanced Warfare, will be coming to the game later this season with an in-game event.

The in-game comics for the season have revealed the first episode and more episodes will be revealed soon as it mentioned on the timeline of the comics and it seems that the COD MOBILE Season 11 is going to be a lot of fun with fresh new content and the celebration of first year anniversary. Can’t Keep Calm!