Due to the COVID-19 outbreak, the world has seen many firsts! Our daily lives now revolve around Zoom calls, webinars, online classes, working from home and so much more. With the advance of technology, we already almost have the world at our fingertips, Now, owing to the ongoing pandemic the world has witnessed a one-of-a-kind convocation ceremony where digital animated avatars of graduating students received their degrees.

IIT Bombay has made this sort of a miracle happen. The institute’s 58th Convocation held on 23 August 2020 between 1:30 pm and 3:30 pm IST, saw the utilisation of 3D animation, Virtual Reality (VR) experience for the students so that they don’t feel deprived of this prized moment due to lockdown.

Conceptualised and directed by IDC School of Design professor Sumant Rao along with his colleagues and students, the virtual convocation ceremony was a great success and its videos of the animated avatars of students going up to collect their degrees, has taken the internet by storm.

“The last few days in IIT as a student are very memorable, filled with bitter-sweet feelings, impending separation from the large extended family and also exhilaration of chasing dreams in the world. It was very sad that the present batch of graduates had to suddenly pack up and leave the campus and miss all of this. The director, deans and other faculty felt the same way. So when I was asked whether we could do something, I immediately volunteered to try. We wanted to create an experience that did not make the students feel as if they had missed out on the experience of a Convocation like they had witnessed their previous batches having during the time they were in the campus,” Prof. Rao told AnimationXpress.

“At IDC, we had just completed a project on creating a Virtual Experiential Museum on Ajanta (VEMA) at the National Museum Delhi, which involved AR, VR, a video wall, touch screen interaction with virtual artefacts and caves of Ajanta, holographic installation, immersive head mounted display technology and much more. Given this unique opportunity, 20 enthusiasts jumped at the chance,” Prof. Rao said.

Despite having some expertise in some aspects, it was a first experience of this kind and all ‘newbies, including himself’ as Rao tagged themselves, took up the challenge. They explored, tested, rejected, experimented and burned midnight oil and the result has now created history. 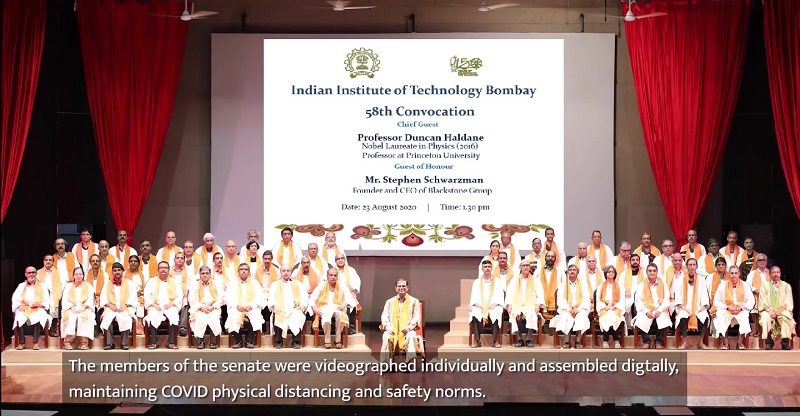 Prof. Parag Chaudhuri with the help of some students tried cobbling together various techniques and technologies, Prof. Rao’s team explored shelf solutions until they figured out a method where a decent semblance of their visualisation could be achieved. “Due to time crunch, we chose a bundle of software from Reallusion called Character Creator and Iclone to create and animate the avatars and Unity for the VR experience of conferring the degrees and medals. This allowed us to create decent avatars from a single frontal photograph. We were still not sure whether we would be able to deliver the volume of animations that was required in time. But the spirit of wanting to compensate for the students missing out on the usual convocation we decided to give it our best shot,” Prof. Rao added.

The team kept it a ‘surprise’ for the students who were elated with the entire experience. A student of Animation, Arnav Roy Choudhury stated, “It was great e-convocation. It would have been marvelous to be present there personally. But, given this pandemic, IIT Bombay took a big responsibility in creating a wonderful experience for us through the virtual convocation. After the pandemic, all of us will probably go back to the campus and take a group photo together with the degree holder. Heartiest thanks to Prof. Rao who made it possible.” 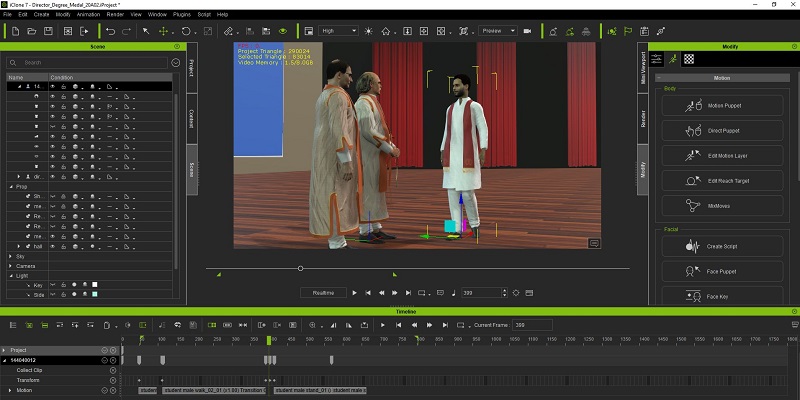 Another student Sibananda Sahoo, who completed Masters of Mobility transport design from IDC IIT Bombay noted, “I was immensely happy watching my digital version receiving the certificate from our honourable director. We were upset that we couldn’t be present there, but this virtual convocation made it lively and gave students some consolation and happiness. I hope we go back after the pandemic and thanks to Rao Sir and his team for this extraordinary attempt.”

The Team consisted of : Tamanna Kapoor who was in charge of the overall coordination, Vinod Pancharath handled the Technical Coordination of the avatar and animation creation, Akshay Bharwani was in charge of the Unity app development and Prof. Chaudhuri and Kumar Appaiah worked on the methods of customised deployment of app for each student. Akshay Bapat handled the video production, editing and compositing assisted by Sushil Kamble. Besides this, Prof. Varsha Apte and her team of students organised a virtual ‘gathering’ for the students post convocation where the students could meet each other and their faculty through a VR experience. All of them worked closely with the convocation organisers – Prof. P Sunthar and Prof. Prashant Date.

To create the procession, keeping in mind the social distancing norms, each member was shot separately and composited together as they walked through the convocation hall lobby, entered the hall, climbed onto the stage and were seated on stage during the proceedings. (as can be seen in the end of the video) 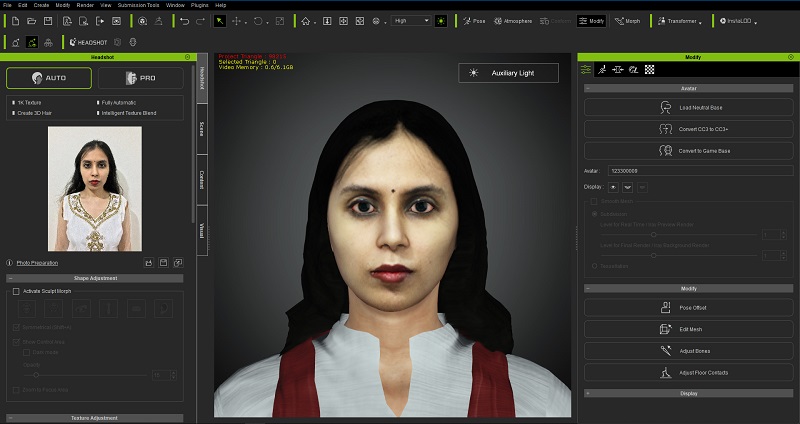 “For the avatar animations, we needed to create believable ones which is difficult from a 2D photo even in controlled circumstances as there is not enough information to recreate an accurate face in 3D. Adding to this, the perspective distortion caused by the focal length of the camera used in the photos we would get from the students, would differ starting from the quality of the photo, the lighting and many other factors. They could not be expected to be professional photographers, especially since we were keeping it a surprise. So it would be impossible to ascertain the exact facial contours for an accurate avatar. Even a highly experienced modeller would take a considerable amount of time even with the right resources and data for reference. There was a good possibility that the animated avatars would be perceived as funny or ‘creepy’. This was a new territory for me, especially coming from a background of high quality ads, film animation and effects, it was clear that we would definitely not have time to fine tune each avatar and its animation to our satisfaction. This was the only way we could at least try to create this experience which otherwise the students would not have. So my team of ‘newbies’ carried on this herculean task and worked day and night. Through a form we requested students to send in a frontal, a side and a full body photo which many did. As could be expected from students, some did this last assignment submission too late and a few did not do it properly. We had to create around 1300 avatars along with the avatars of the director, and the Chief Guest who would hand out the degrees and the medals respectively,” informed Prof. Rao.

Besides a few insensitive comments on social media, the hard work of the team and efforts really paid off and the response was overwhelming, especially from students who appreciated the lengths the institute had gone through to make up for the unfortunate circumstances that the pandemic created. In fact, the convocation turned out to be a unique and historic event noticed by the entire world, something even the makers didn’t expect.