Animated music videos have been in vogue for quite some time now, especially during the COVID imposed lockdown. Adding to that list is rapper-singer DIVINE’s latest single Mera Bhai, directed and animated by Korona fame Debjyoti Saha and his team.

“Mera Bhai is an intense take on DIVINE [aka Vivian Fernandes’] life, and is something that needs to be off his chest and out there. I’m glad he trusted me with this ‘divine’ opportunity to express the emotion through visuals,” reveals Saha to Animation Xpress who recently created and animated Phrabh Deep’s Chitta.

The music video talks about the life of two brothers who stick together through thick and thin, and how this tale of love and brotherhood takes a turn to deceit and hatred as they grow up and go their separate ways. This eventually leads to the realisation that the only one who is with you throughout your struggle and success, someone you can always count on – is yourself. The story is inspired from DIVINE’s personal life experiences which highlights the importance of loyalty and belief in self in a world full of egotism, selfishness and jealousy.

To Saha’s surprise, it was DIVINE who got in touch with the team for making an animated music video for his next single from the album, Punya Paap. He had come across a few previous projects by Saha, including Chitta.

“Mera Bhai is a personal track, which stems from my personal experiences. You’re as good as the company you keep – and I’ve had brothers who stood by me and others who betrayed me. Rather than being envious or comparing yourself with others and their fame, ‘bhais’ (brothers) should always stand by each other. I chose animation for this song because of Deb (Saha) as I felt he’d do justice with images and tell the story as I would tell it through words. I was amazed and inspired by his works and I think he’s one of the best we’ve got in the country right now. The experience with the animation team was brilliant, easy-going and I didn’t have to explain much to them. The research they did for this song made this video so brilliant and lifelike. They inspire me to make more videos and create new songs. Also a shout out to Panini Pandey who understands my mission well and was in the process throughout,” DIVINE shares.

Speaking about the influences/ inspirations for the song, Saha mentions, “DIVINE has always been vocal about his life and struggles. His inspiring story has laid the foundation of Zoya Akhtar’s Gully Boy (starring Ranveer Singh), and a RedBull Media House documentary, Gully Life. These two and multiple other interviews served as major points of reference for Mera Bhai. From the gullies to the vast cityscapes of Bombay, a lot of attention was given to small details along the video that would make things more authentic to his life. For instance – which school he went to, the well they would take baths at, his grandmother’s house or a poster up on his wall paying tribute to his greatest inspiration in rap music, Nas. A lot of attention was given to detail in terms of production and environment design.”

Saha and his team of animators added other elements to make the storytelling, sense of environment and mood more authentic. Fast-paced montages and towering skyscrapers are always visible in the background of all outdoor shots (chawl or elsewhere), creating a sense of rush and claustrophobia, what one experiences in the heart of Bombay. 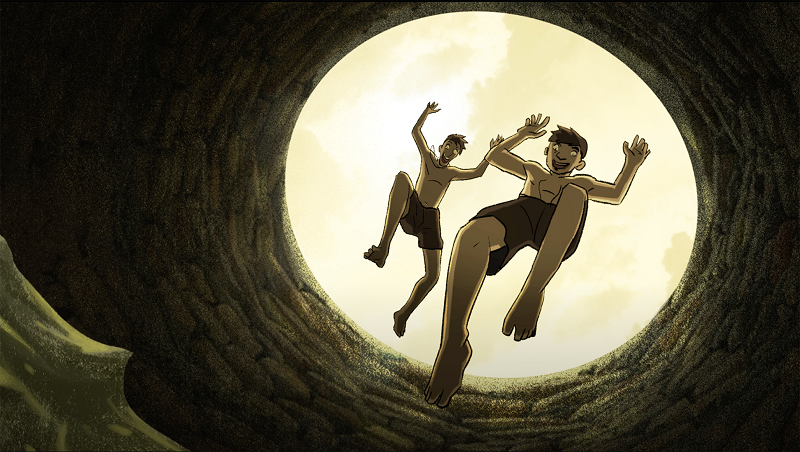 Mera Bhai was created by a team of five: three animators – Gaurav Wakankar, Arindam K. Dutta and Venkatram Viswanathan, and two colorists – Partha Mahanta and Alendev R. Vishnu, over a course of two months. The animation was done on Adobe Photoshop and TVPaint, and composited in Adobe After Effects.

Elaborating on the process, Saha comments, “It was a fairly smooth pipeline. Once the pre-production work was done, I shared the animatic with the team, and we’d stick to the animatic in terms of staging and timing. I’d share shot based layouts and action references to animators depending on who’ll enjoy doing what. They would send me back rough animations which I would then clean up and share with the colour team, along with one final style frame of the shot for their reference. This process came in handy for the majority of the shots, except for the composite based and minimal animation based shots that were handled at my end. A big shout out to the team again to come onboard and help achieve the vision of the song.”

Mera Bhai has strong and poignant images that resonate perfectly with the powerful lyrics, like – “Ab khud mere saath, main khud mera bhai”. The tones and mood change swiftly from a happy space to something sinister. The protagonists have been carefully and aptly crafted.

“The characterisation of the two brothers was again given a lot of attention to. Since the first part of the film shows the brothers really close and always sticking together, the design of the childhood version of the two had to be quite similar. The fundamental difference between the two was only the face shape. The brother would also wear a blue and red band on his right hand, signifying their friendship (which is gone in the second half). But as the video progresses, the two start developing many differences in design, in the way they dress up (DIVINE primarily being in blue, and the brother in red), their hairstyles, and so on, to a point at the beginning of the second half where both stand distinct from each other, showing how both have gone their separate ways. Also, both wear clothes that don’t have a primary red and blue colour but a dark muddy version, signifying both have seen dark days and their friendship/brotherhood is not as pure anymore,” adds Saha. 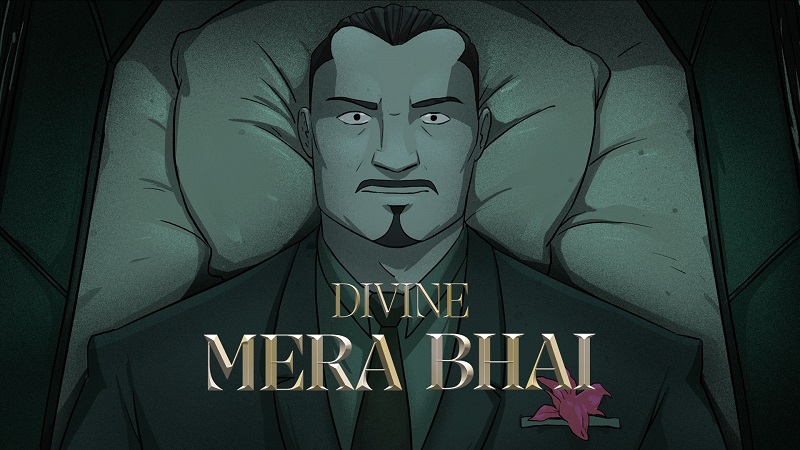 Saha along with his team needed to make something that would represent DIVINE, where he comes from and what he stands for without shifting too far away from his life. Certain directorial decisions were taken considering the audience. Showing the emotional shift between the two was challenging but DIVINE’s song gave way to the animation team’s imagination to develop separate back-stories.

The animation team needed to portray the brothers’ angst and envy to be believable and show how hard DIVINE hit rock bottom and then rose to success. At the same time, the brother felt cheated and was left all alone in his misery, something nobody would expect from their brother. Careful attention was given to keep grey areas and not point fingers at anyone, but rather blame the circumstances that life brings which makes you take certain decisions, some of which you end up regretting. This in turn gives more significance to the message that the song gives, “You are your own brother”. 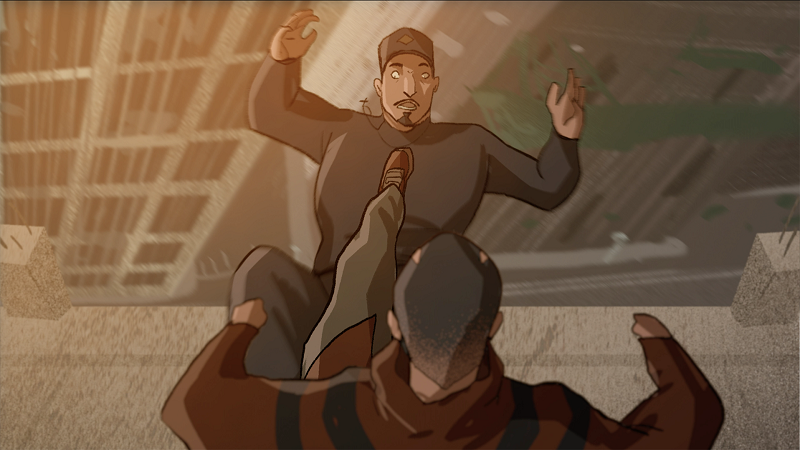 “The story could also be about DIVINE alone and his inner conflicts. There are always many sides to one’s personality; the good and the bad, his alter ego and how he battled against his inner demons and did not go astray on his path to success, which again reinforces the message, that only you are responsible for your life and the choices you make which eventually define who you are,” notes Saha.

He also said that it’s been an extremely smooth and wholesome experience working with DIVINE and his team, Gully Gang, as they’re a bunch of real, honest and humble beings trying to push the roof of the music industry with their quality music and representing hard, where they come from and what they stand for.

“We were given a lot of liberty and freedom to put our vision forth and the way everything fell in place so smoothly is something that every director appreciates. The fact that they decided to go for an animated music video is news itself for the independent animation scene,” a satisfied Saha concludes.