“Kidda ve jaenga baar tu…Mere Kutte khade tainu kattan de layi” (How will you step outside? My dogs are waiting to bite you)

With this line begins Delhi-based rapper Prabh Deep’s latest single on drug abuse, Chitta. Surprisingly this perfectly fits with the uproar around late actor Sushant Singh Rajput’s death which is now being investigated by the CBI and the NCB (Narcotics Control Bureau). The sentiment with which ‘the nation wanted to know’ the truth about his death, has been so far diluted.

Featuring animation by Debjyoti Saha and his team, the hybrid-animation music video received great reviews and has over 5,05,744 views on YouTube. Directed by Aakash Bhatia, Chitta is a distorted mirror to the power structures of the society. The song’s symbolism is on point and smartly shifts the narrative to the antagonist’s perspective, adding a unique dimension to it.

“The video had to reflect the feeling that if you shift [your perspective] to hear the track from the antagonist’s point of view, it would make just as much sense as from that of the protagonist’s. The idea to keep this mix-media tone was to constantly create the question of what is performative and who is grandstanding –  the real performer or his alter ego,” Bhatia revealed. He used similar motifs, pop culture references to create this multi-layered visual treat.

Deep and Bhatia chose the medium mainly due to the constraints on live shooting due to the pandemic. Bhatia connected with Korona fame Saha, who after going through the concept note, immediately connected with the idea and message behind the song. “Chitta was a great collaboration between people across the country. After I came on board as the associate director, I was in charge of the development and production of the animation part of the music video. Bhatia had a vision which I helped develop and execute. I knew I had to get a team together soon as we were working remotely. After the pre-production was approved, I got in touch with a few amazing talents that would help take the film up a notch,” Saha told Animation Xpress. 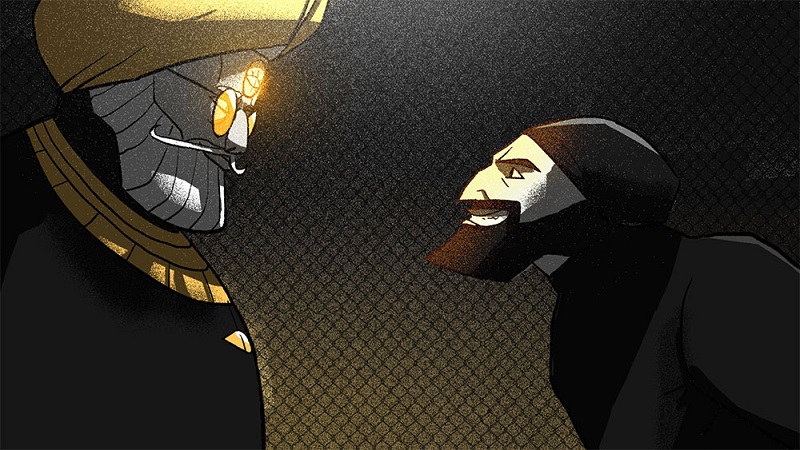 The entire project, from concept to final film, took about 45 days of rigorous work. Bhatia completed the live action shoot and editing, while Saha was in charge of the overall production, and handled the animation production in constant communication with the team. The animation and colour were handled on Adobe Photoshop and TVPaint, and composited in After Effects.

The team kept the production pipeline simple and communication smooth. Since the timeline was quite tight, it was difficult for all team members to get used to the design of the characters and the world. So they stuck very close to the final storyboard of the film once the pre production was approved.

Speaking about the process, Saha shared, “Saksham Arora and Arindam K Dutta helped in animation. I’d share a rough thumbnail drawing of the action in a shot and communicate the idea for the same. They would quickly share a rough line test based on the thumbnails and mostly nailed the animation on the first go. To keep the style consistent, I was in charge of cleanup animation and backgrounds for the film. After the cleanup was done, I’d share the same with Alendev R Vishnu, Partha Mahanta and Yamini Sujan to handle the colouring. They were quick to jump right in and help make the film look kickass. I trusted Pratik Dey entirely with the animation for the live action bit of the film. I was well versed with his aesthetic and knew he would do an equally great job and he absolutely nailed it. As they would share these various elements, I would keep compositing them simultaneously and bring it all together.  The whole process was as smooth as clockwork and we had a lot of fun while it lasted.”

It was important for the animation to be in perfect sync with the idea of the narrative and take it to a graphic space, while mirroring the aesthetic for live action. It had to be like different pieces that can fit into different spots and still make sense. Saha took the lead in coming up with concepts that mirrored Bhatia’s style and were true to the overall aesthetic of the storytelling. 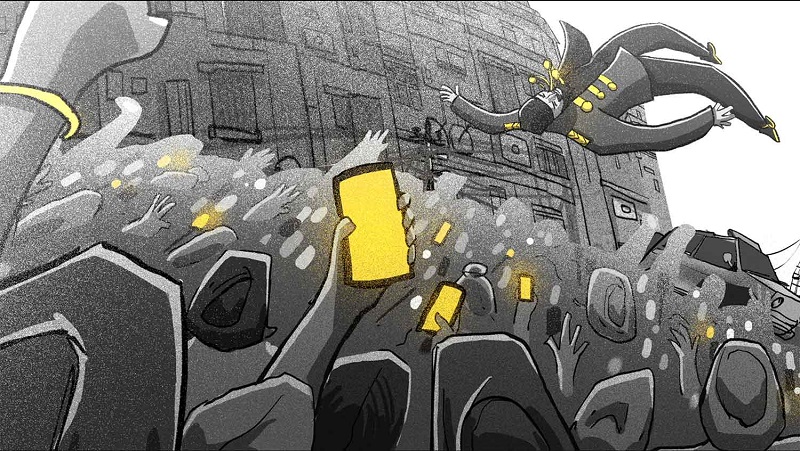 “The intent of the video was to create a dialogue within and amongst ourselves. With the design, the idea of creating a morbid and corrupt world in a strange part of not-very-familiar North India was crucial. The black and white visuals give a very distorted, almost claustrophobic third person’s gaze into the life of Deep’s alter ego and the singular colour standing out throughout the film becomes a symbol in itself of how the world is being painted in a singular hue, leading to a decreasing sense of dialogue and opinion. The various characters that appear throughout the video have certain common features in their design and personality that leads us to wonder whether all these characters are an extension of our protagonist himself and his duality in mind; the good, the bad, the young and wise. There are numerous tiny details in the video packed with information which is why it can’t be viewed just once to understand completely what it wants to say,” Saha further added.

Chitta is about the state of creative expression today, where you’re dealing with having an ideology and yet having to play within the realms of permissible expression. For everyone’s choice of drug there’s a drug lord, peddling it to them. It’s this idea of faux power, and how you feel that power and project it which almost compares to being on some form of a cocaine trip.

“This project was the perfect opportunity of developing something important for a voice that needs to be heard. The message resonated with me and I immediately jumped right in. Deep has established himself as one of the region’s most innovative and captivating artists. The multi-faceted artist has evolved into one of the region’s brightest visionaries, making his mark as one of the best storytellers in the game today. Working with him and Bhatia was a treat who allowed quite some room for creative freedom and that naturally trickled down across the entire pipeline and helped do justice to the song. I have worked on music videos before but this was the most ambitious project yet. Hope to work on many more since I’ve tasted blood haha,” Saha concluded on the experience. 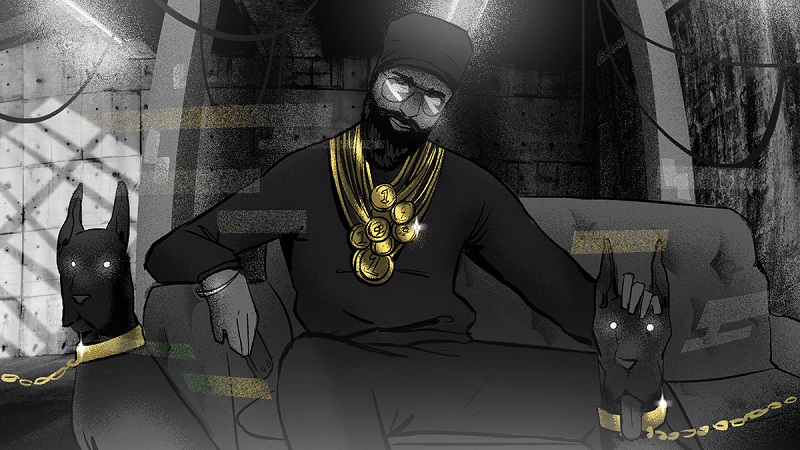 Deep also noted on choosing animation, “I’ve never imagined animated music videos becoming mainstream. But after Chitta, I know it’s an important medium and we have a lot to explore. I was in awe after seeing the full video, and now, I can’t even imagine Chitta without animation.”

Personally, Chitta unmasked all kinds of ‘drugs’ we have around us from fascism, to misuse of power, fake news, propaganda, false campaigning,  vilification, stripping of ethical and constitutional rights, everything. We hope with Chitta and many others, the creative revolution of calling these out, continue!