Klip VR Immersive Technologies won the prestigious VR Award for ‘Rising Company of the Year 2020’ hosted by the Academy of International Extended Reality (AIXR). The recognition comes at a time when Indian AR and VR industry is buoyant for a bright future, as per NASSCOM, estimated at $0.55 Bn in 2018 and is expected to grow to $6.5 Bn by 2022.

Klip VR cofounded by Rishi Ahuja and Aditya Tuknait brings a universe of learnings to classrooms with state of the art immersive virtual reality (VR) technology. Klip VR’s VR experiences bring another level of understanding right inside the classroom for students and is an initiative to address existing learning gaps in Indian school education with the help of immersive experiences by Virtual Reality technology.

Klip VR’s VR learning system complements and empowers the existing educational practices. Its first debut Virtual Eduventure “CHANDRAYAAN VR- Virtual Expedition to Moon” allows learners to be a part of the Space Mission and experience several events that aid the scientific learning of the subject. With accurate recreation of the lunar mission, the students are teleported to explore a virtual world, enabling them to become an Indian Space Scientist, launch the rocket and conduct lunar surface experiments. 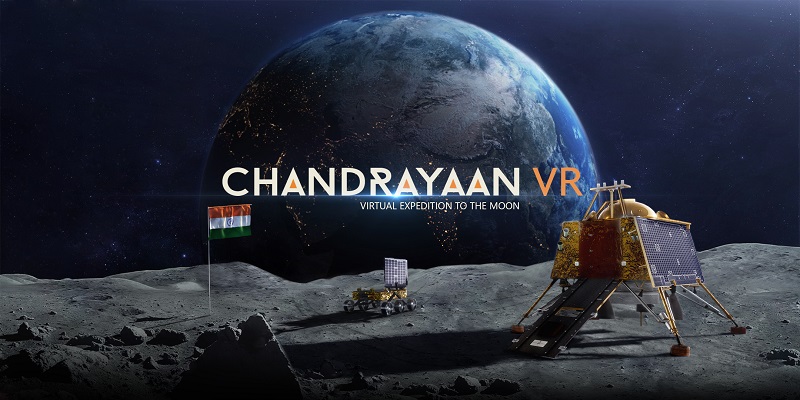 Klip VR Immersive Technologies founder Rishi Ahuja said, “It’s a great honour to receive the award of ‘The Rising VR Company of the Year 2020’ and would like to thank AIXR. Virtual Reality holds immense potential in India and in the next few years, it can really transform the quality of teaching by offering an immersive experience and simplification of hard-to-understand topics. This recognition is for the Indian EdTech industry, which is on the cusp of a revolution, we at Klip VR are really excited and after ChandraYaan, we are working on a number of projects and titles, to enthral the 21st-century educators and learners.”

Adding further Ahuja said, “Today, many experts foresee a paradigm shift at workplaces and job profiles in the next 10 years and it would be largely due to fast-paced technological advancements. All students learn at a different pace and in different ways, VR is an immersive learning and experience tool that creates a deeper understanding and engagement with a focused objective to promote Learning by doing, Creativity & Curiosity, Developing Ambition leading to critical thinking and another level of understanding and knowledge.”

Klip VR is also building on the immense opportunities in current educational methodologies and to prepare students for future, it is working on various other projects and its coming titles include Jurassic Era, Human Anatomy, Life in Water, Earth Ecology, Life in Water and more

Klip VR is the first Indian company to win the ‘VR Award’ after it was instituted to recognise the achievements of the most influential players of the immersive technology industry globally in 2017. The VR Industry’s most prestigious award acknowledges industry players from across the globe in 12 different categories every year. In ‘The Rising VR Company of the Year 2020’ category’s other finalists included some of the best companies globally like Cybershoes, Emperia, Everner Games & VR Inn.