The project that we all have been hearing about for the past two years, legendary comic book writer Stan Lee entering the Bollywood space in collaboration with Graphic India has finally found its director. Graphic India and Lee’s POW! Entertainment, announced today a partnership with Phantom Films, to begin pre-production on a live action theatrical film for Chakra The Invincible, the first Indian superhero created by Lee along with Graphic co-founder and CEO, Sharad Devarajan.

The film will be directed by acclaimed filmmaker, Vikramaditya Motwane (Lootera, Udaan) who is currently working on the screenplay with Lee and Devarajan. Phantom’s Madhu Mantena will produce the film with Devarajan and POW! Entertainment’s Gill Champion.  Datta Dave at Tulsea (Motwane’s agent) brought the parties together and structured the arrangement. Unlike the animated kids property, the film version of Chakra will feature an older version of the character in his twenties, set against the spectacular backdrop of Mumbai. 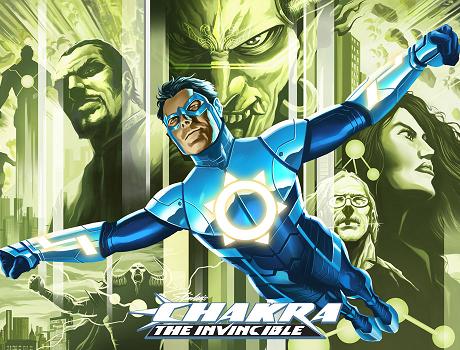 “I’m a fan of Bollywood films and am really excited about launching Chakra the Invincible as my first Bollywood superhero movie,” commented Lee. “Vikramaditya is an amazingly talented film maker who I have no doubt can make the Chakra film a massive hit in India and around the world. I only hope he remembers to include my cameo!”

Motwane said, “It’s an honour and an absolute delight to be making a film based on a Stan Lee character. We’re very excited and we hope to take comic book film making to the next level with Chakra.” We all are well versed with Lee making cameos in his comic based movies and Matwane promised, “And no, we won’t forget Stan’s cameo.”

Chakra The Invincible was originally launched as a kids animated film on Cartoon Network India two years ago. The hero also built a worldwide following through a digital mobile series launched on Rovio’s ToonsTV available through the Angry Birds game – resulting in more than 40 million views for the Indian superhero. Chakra has also had hundreds of thousands of comic books released worldwide in India and North America.

“With Vikram Motwane, we have been fortunate to find both a groundbreaking director and a passionate comic book fan, who will be able to create something uniquely Indian, but also authentic to Stan’s pantheon of superhero storytelling,” said Devarajan.

Currently three new animated TV movies currently in production to be released on Cartoon Network and Toonami later this year.  With Stan Lee in picture and on top of it an action movie, we can expect heavy VFX usage in the movie.