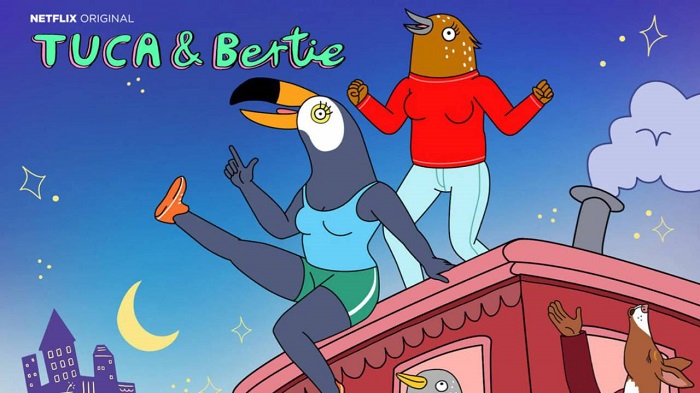 Netflix’s adult comedy series Tuca and Bertie won’t be returning for a second season as the streaming giant announced it has cancelled the show after a single 10-episode season.

In an official statement, Netflix stated: “Lisa Hanawalt created a relatable yet whimsical world in Tuca and Bertie. We’re grateful to Lisa, and her fellow executive producers Raphael Bob-Waksberg, Noel Bright, Steven A. Cohen, and EPs/stars Tiffany Haddish and Ali Wong, along with all of the writers and animators for sharing the funny and dynamic female bird duo of Tuca and Bertie with the world. While Tuca and Bertie won’t have a second season, we’re proud to feature this story on Netflix for years to come.”

Hanawalt executive produced the series alongside BoJack Horseman creator Raphael Bob-Waksberg, Noel Bright and Steven A. Cohen, as well as Haddish and Wong.

The series was produced by Michael Eisner’s The Tornante Company and animation by ShadowMachine.