Latest News VFX
Providing relief to the content fraternity of the city, Maharashtra chief minister Uddhav Thackeray has allowed shootings of film, VFX, television and digital series in non-containment zones in the state, during the last phase of the lockdown albeit with certain conditions. The Cultural Affairs Ministry of Maharashtra issued a resolution, which said that producers will have to abide by the guidelines strictly and ‘violations of rules will lead to stopping of the work’

The state government on Sunday issued a detailed set of guidelines for the resumption of media entertainment activities in Maharashtra. 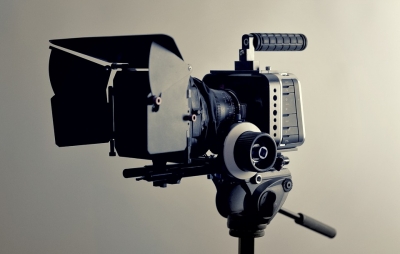 Balaji Telefilms head Ekta Kapoor, FWICE , filmmaker Ashok Pandit along with many others went on the microblogging site twitter to thank Maharashtra CM Uddhav Thackeray for heeding the requests of the film and television fraternity. Kapoor wrote, “Would like to express my sincerest gratitude to the honourable @CMOMaharashtra UddhavJi, for considering our requests to begin work in a phased out manner by easing restrictions on films and television shooting.”

Would like to express my sincerest gratitude to the honourable @CMOMaharashtra UddhavJi, for considering our requests to begin work in a phased out manner by easing restrictions on films and television shooting. (1/2)

Major developments leading up the permission to allow film shoot in a chronological order :-

Here are the norms that need to be followed :—

→  Shoot locations need to be sanitised thoroughly before and after use. Disinfectants have to be chosen carefully in order to avoid damage. → Alternate lodging needs to be provided to house occupants for the duration of the shoot. → Increased space for social distancing during lunch hour is mandatory. Audience holding area to be used to spread out the crew during meals. One individual will put up and take down all location signs. Only essential personnel will be allowed on sets, and additional visitors will have to be avoided when possible. → A washing station has to be made available when there is no access to running water. → Wearing masks/gloves is compulsory during shoots except for those on air. Transparent face shields to be worn by those who come in close contact with the artistes and crew, like those serving food, the make-up artists, etc. → Equipment boxes will be disinfected after every shoot. Mics to be labelled with the name of the user. Mounting components that cannot be thoroughly cleaned will have to be replaced. It is advised to use boom-only audio whenever possible. → The entire crew will vacate the studio at the end of the day. Their re-entry the next day will be regulated as per the health and hygiene norms mentioned earlier, and according to those issued by the Government from time to time. → Annual training workshops will be in place to upgrade skills about safety measures. → Regular temperature screening, oxygen-level monitoring and medical history to be assessed by medical practitioners working at shoot locations. → During the shoot of non-fiction content, the strength of the crew should be 33 per cent of the total. Camera unit staff has to be reduced. → Cameras to be placed abiding by social distancing norms. → Use of attendants to be minimal. → For non-fiction shows, seating arrangements shall be as per social distancing norms, that is, individual sofas and not combined sofas. → Judge’s table shall be three different tables instead of an extension.