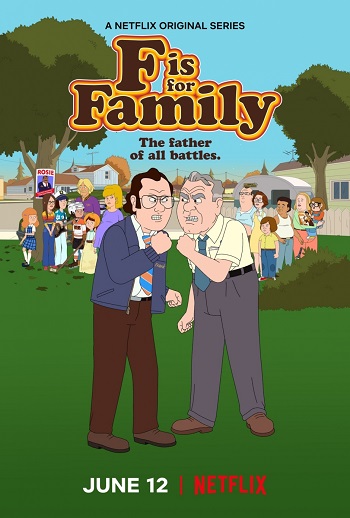 Netflix has announced the release of the fourth season of Bill Burr’s hilarious animated comedy, F is for Family, on 12 June 2020. The streaming giant has also dropped the trailer for the upcoming season.

Considered to be one of the best animated shows at the moment, there’s no dearth of dysfunction in the Murphy household – and things won’t be getting any easier for Frank and his family in F is for Family season four. The new season finds Frank dealing with a surprise, unwelcome visit from his estranged father, bringing back resentment and placing and questions Frank’s own parenting. While on the other hand, Sue pursues ‘New Age’ pregnancy support and the Murphy kids try out new personas.

Inspired by the life of stand-up comic Bill Burr, who lends his voice for the lead role, the series “takes back viewers back to the 1970s, a time when political correctness, helicopter parenting, and indoor smoking bans weren’t part of anyone’s vocabulary, let alone the norm.” The show is created by Burr and Emmy Award winner Michael Price. It also features the voices of Laura Dern, Justin Long and Sam Rockwell.