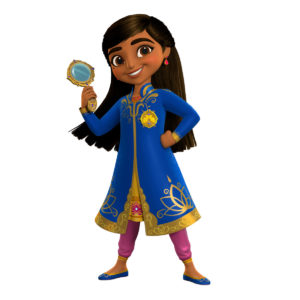 Mira, Royal Detective is executive produced by Sascha Paladino. The series was developed by Becca Topol, who also serves as story editor, and is produced by Wild Canary in association with Disney Junior.