In 2017, 320.57 million people in India accessed the internet through their mobile phone. In 2021, this figure is projected to amount to 462.26 million mobile phone internet users. Undoubtedly, Indians are gobbling up content, especially, video entertainment content, like there is no tomorrow.

When you access your smart-phone, like billions of people do, how do you hold your phone? Do you hold it vertically or horizontally? Do you find it slightly off-putting to have to hold it horizontally? If you catch the drift of this phenomenon, the issue isn’t specific to just you. Apparently, there is a large majority of mobile users who have expressed their preference for vertical videos. 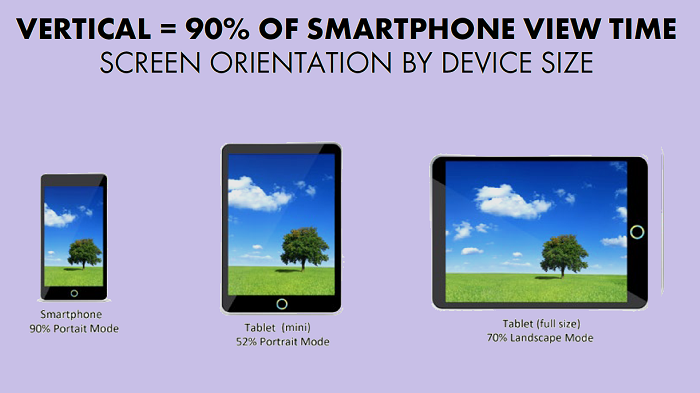 Many OTT platforms are steadily becoming meta-cognizant of the ebb and flow of the consumer demands for ameliorating the accessibility and experience with respect to video content.

Taking a leaf from leading giants like Snapchat who pioneered the trend of vertical videos, many internet streaming services have already started rolling out vertical videos. Brands are beginning to tap into vertical videos to deliver unique experiences for consumers. The growing trend has spurred on advertisers to reshape their fundamental strategies across a variety of publishers including copy and text overlays, creative and branded content in favour of verticality.

Another social media giant that announced their support for vertical videos was Facebook that enabled advertisements and newsfeed in the vertical format a little over a year ago.

“We know that people enjoy more immersive experiences on Facebook, so we’re starting to display a large portion of each vertical in News Feed on mobile,” said Facebook’s spokesperson in their official statement.

Flirting with this emerging idea, Netflix tested their toes in the water with previews integrated into the home screen of the mobile app with bubble icons that distinctly look like vertical Instagram stories, allowing users to swipe through them. 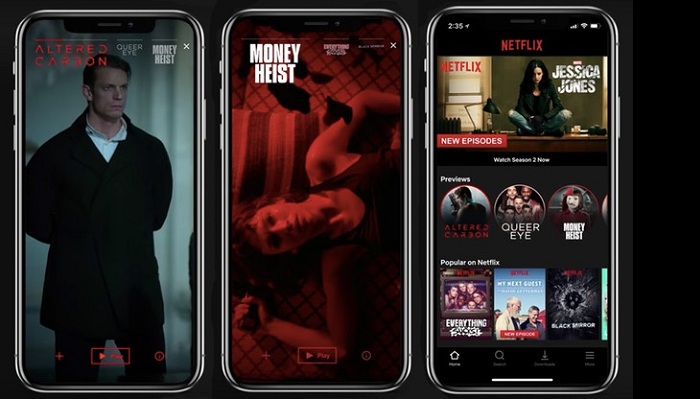 With over 50 per cent of all Netflix members using their mobile devices to access the streaming service on a monthly basis, Netflix’s commitment to improving user-experience might lead to an extension of their present move towards vertical previews in the future.

Claiming that long-form vertical video is the next big trend, a start-up company, Dreams has so far taken in 5 million dollars from investors including NEA, BOX Group, Ronny Conway’s A Capital Ventures and SV Angels as it girds its loins to capitalise on the growing trend.

Adapting to the newer trends and viewing behaviours, YouTube had also launched vertical video ads and updates that support the verticality of the format recently.

Today, the vast majority of content captured on smartphones is recorded vertically. 94 per cent of the time, phones are held vertically according to a research by Mobile Overview Report.

InMobi director brand strategy and solutions Nikhil Kumar shared, “It’s interesting where the space is moving. Video, being the prime form of content consumption is very well established. 80 per cent of the video consumption actually happens over your mobile. It is extremely important for brands who are looking at penetrating the market to get their mobile strategy right. At the end of the day, mobile is a vertical screen and when you look at your mobile which accounts for 80 per cent of the video consumption, it is a vertical screen. Horizontal videos, to an extent, hamper the video experience for the users so more and more brands are becoming cognizant of this fact and they are looking at vertically created content. Video is becoming extremely dynamic in its orientation”

“I find it interesting that creating content in vertical format can prove to be beneficial for the brands. It’s worth exploring for sure. I would like to know more about it,” said INNGAcraft CMO Sonya P Banerjee during BrandVid 2018.

Highlighting the viability of the new trend, GoQuest Media Ventures vice president sales and acquisitions Jimmy George said, “With the advent of IGTV, Snapchat and Tik Tok, the content consumption experience for users has become more intimate.  Branded Vertical videos help brands to cash in to get a slice of these intimate experience of users who hope to register a better recall and encourage them to action with buy and subscribe buttons Vertical videos also make it easier for creators to capture the most candid life experiences which possibly cannot be recreated for a planned shoot.  The swiftness of the ‘sharability’, the ease of execution and swanky camera phones are making it more friendly for creators to make vertical videos.  Above all, they are able to leverage this on various platforms aiding to monetization”

However, this trend is not without detractors since the viewers, being largely accustomed to the traditional wider screen format for over a century, can not be expected to automatically embrace the style overnight. The balladeers of vertical format make a fair case, pointing to the immediacy and interactivity it brings, as everyone feels the first impulse to want to hold the smartphone in the upright position.

Vertical videos are becoming an integral part of the entire landscape of how videos are captured and produced ranging from live events reportage to broadcasting short-form videos. We are witnessing a revolution and disruption of the conventional ways of how statements are made and the information is consumed in real time.

As we see continued advancements across the major platforms that are tinkering with vertical videos, will it be safe to say that long-form entertainment content might soon start releasing in portrait-mode?