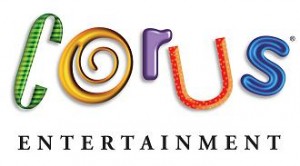 Corus Entertainment has unveiled a slate of new live action and animated original programs that will roll out on its kids’ networks including YTV, TELETOON (English), and Corus Média’s network TÉLÉTOON (French) in 2014 and 2015.

“We’re thrilled to be adding a number of original programs across our Corus kids networks that will delight audiences and that represent our strongest slate yet,” said Colin Bohm, Vice President, Television, Head of Corus Kids in a statement. “We are extremely proud of the new and returning shows and are excited to be collaborating with a rich and diverse pool of talented production partners, including studios that are new to Corus.”