Only a couple of weeks since Disney’s Maleficent hit screens globally and raking in over $230 million thus far. While it’s still lagging behind other fairytale re-imaginings like ‘Alice In Wonderland’ and ‘Oz: The Great and Powerful’, the ‘Sleeping Beauty’ prequel is doing pretty well for the Disney Studios.

So taking a leaf out of Disney’s book, Sony Pictures has apparently come up with: an animated origin story about one of the least liked and likable female characters in the West: Medusa. The tale of Medusa, who was punished with a head full of snakes for being too proud of her pre-ophidian beauty, shares with European fairy tales a warning against the dangers of female vanity. 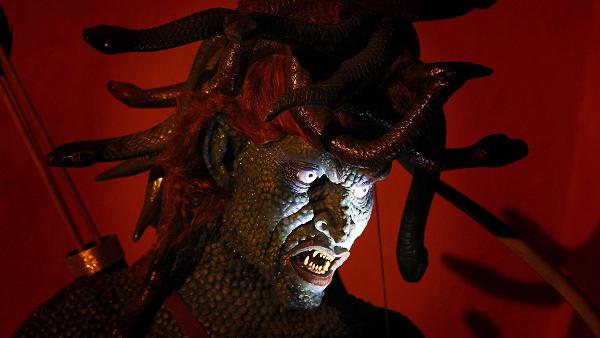 Since Medusa is best known as the heroic Perseus’ nemesis, perhaps the comedy will also have its fair bit of action as well.

After accepting a pitch from Todd Alcott and Holly Golden, Sony Animation has tapped Lauren Faust to helm the film.

As we learned in Maleficent, the oldest stories aren’t particularly sweet or fun or kind to women. To truly “reclaim” those narratives, women can’t just retell them. We have to dig them up completely. (Disney also has a live-action Cruella movie in the works.)

In a recent press release, Sony Pictures Animation announced that they are developing their own female-fronted villain turned anti-hero movie called ‘Medusa’. The release had Faust saying:

“Todd and Holly’s version of the tale of ‘Medusa’ is filled with so many of my favorite ideas to work with: magic, mythology, humor and strong, funny, extremely relatable characters.  I was excited by the idea of showing the comedy behind an otherwise horrific monster, and I was really drawn to the writer’s unique re-imagining of Greek mythology.  In our story, we meet ‘Medusa’ as a young human, who, like so many of us, is overwhelmed with trying to fit a certain mold to please others.  Her resulting popularity ticks off the wrong Goddess who turns her into the snake-haired monster we all know and fear. Medusa sets out on a quest to reverse this curse with the help of a goofy team of oddball and misfit mythological creatures who help her learn that what makes you different is, in fact, what makes you strong.”

By the sounds of Faust’s description, Medusa’s story doesn’t seem to involve Poseidon or Perseus. Guess we will just have to wait till this feature hits the big screens.