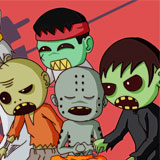 gged Honorable Mention for game ‘Meanwhile, In a Parallel Universe’ in Role Playing & Strategy Category of Tizen App Challenge that is sponsored by The Linux Foundation in association with Samsung Electronics and Intel.

Tizen App Challenge  is a skill-based contest designed to motivate and reward technology developers who develop innovative, creative, functional and original applications in the Game or Non-Game for the Tizen mobile platform which are accepted and made publically available in the Tizen Store or Seller Office and are then submitted by an eligible developer for consideration in this Challenge.

On this occasion, AnimationXpress.com caught up with Diptoman to know about the making 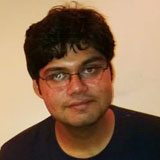 of ‘Meanwhile, In a Parallel Universe’ and Tizen App Challenge.

Hi Diptoman, please share about yourself and Zombies Indie House? Sure, I formed Zombies Indie House with 2 of my online friends – Pranjal Bisht and Rahul Salim Narayanan in June last year – to develop this game for the Yoyo Games Win Big Competition as a team. We’re all students at the moment (game development being a hobby), and I’m currently pursuing a B.E. degree in Computer Science and Engineering from BESU, Shibpur.

What is ‘Meanwhile, In a Parallel Universe’ all about and does it take inspiration from any game? Meanwhile, In a Parallel Universe’ is a single player classic side scrolling castle defense game where your goal is to protect your fort from enemy waves, by creating and maintaining your own army. Like in any such strategy game, you must collect, allocate and use resources optimally – which is the main aim of the game. It takes inspiration from the castle defense genre itself (a rare genre actually), but no specific game in particular.

The app was released in July 2013 for Windows 8 PC and Tablets, and subsequently updated with new features. Currently it’s available on Windows and Tizen and Android and iOS versions will be out very soon.

So Diptoman, according to you which factors have made the game to grab the Honorable mention? I think it’s mainly because of two reasons, one being the visuals, which are lighthearted and accessible, even though the game itself is somewhat less casual. And secondly, the concept behind the game, taking the usual bad guys and turning them into good guys – something which isn’t usually seen. And finally, there’s always the luck factor in any competition. 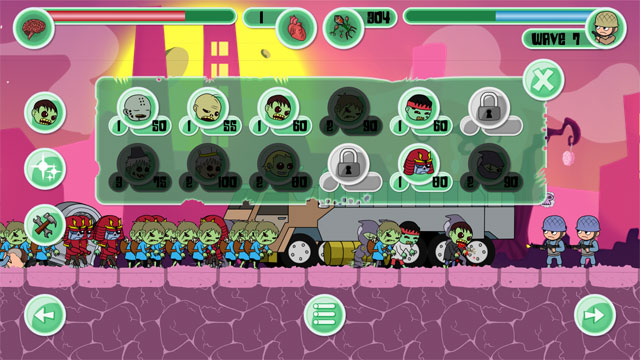 How was the Tizen App Challenge process like? The only difficulty in the competition was not having a proper device to test on for the most part. Other than that, the overall process wasn’t all that complicated and the developer portal had everything that anyone could need.

We made sure all the zombies look different, rather than lazy recoloring. Also, we aimed to make the animation as smooth as possible. Challenge was level design and balancing the game, since a lot of play testing had to be done for this (and especially for the infinite game play) and we particularly didn’t have enough time for it (and neither a device to test on). 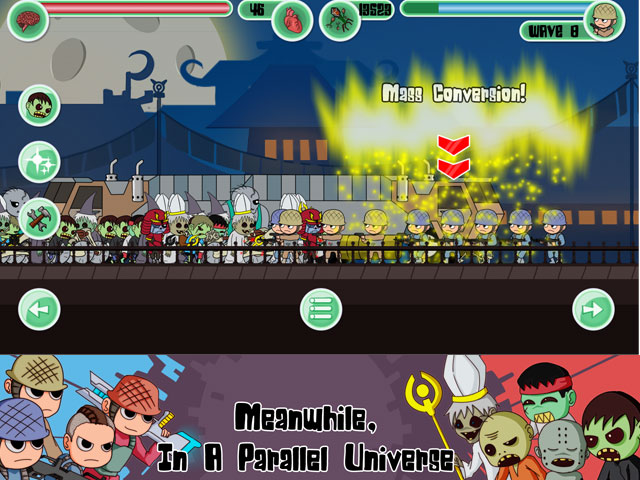 Please share about the art and animation style that you chose and the software used? We chose frame by frame animation as that gives a lot of freedom, even though it’s pretty time consuming. We wanted to show zombies in a cute style, which would attract a wider audience. We felt it would be great to deviate from the hideous image people have about zombies. The game was developed using Game maker: Studio and written in the Game Maker Language (GML). The artwork was done with Photoshop and SAI. 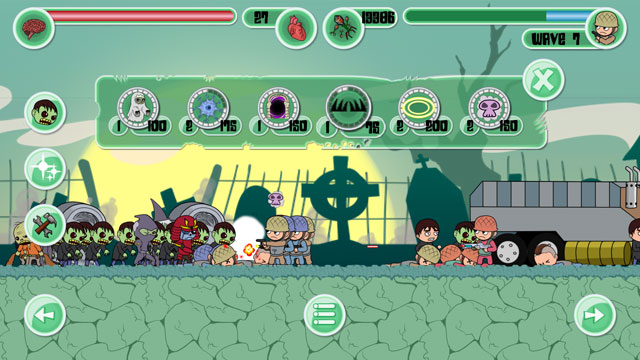 We participate in game jams all the time – they help us get feedback with prototypes. As the next big project however, we’re working on a free-to-play infinite action game solely for mobile devices, and it’s in its very early stages. Do keep an eye out on our page (Zombies Indie House) for updates.