India and Canada have signed an Audio-Visual Co-Production Agreement which will enable Indian and Canadian film producers to utilize a platform for collaboration on various facets of film making. The ag 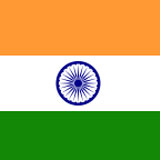 reement is expected to deepen the engagement between the critical sectors of the film industries of both countries there by, providing a new chapter of collaboration. The agreement was signed by the Secretary I&B, Shri Bimal Julka and Mr.Stewart Beck, High Commissioner of Canada to India.

The agreement will also provide an opportunity to create and showcase India’s ‘Soft Power’ and lead to employment generation among artistic, technical and non-technical human resources engaged in the film production including post-production and its marketing.

Since the agreement is expected to boost the utilization of Indian locales for shooting it will increase the visibility/prospects of India as a preferred film shooting destination across the globe and will lead to the inflow of Foreign Exchange into the country. The agreement will also lead to the transparent funding of the Film Production and will boost export of Indian Films into the Canadian Market.

The Co-production agreements signed so far seek to achieve economic, cultural and diplomatic goals. For filmmakers, the key attraction of a treaty co-production is that it qualifies as a national production in each of the partner nations and can access benefits that are available to the local film and television industry in each country. Benefits accruing from such agreements include government financial assistance, tax concessions and inclusion in domestic television broadcast quotas.

India’s co production agreements are unique for international producers as the Country offers technically qualified film crew at reasonable rates, a large pool of talented actors and the multitude of shooting locations. The other benefits are that the co production is treated at par as a national film and is eligible for the National Film Awards and the Indian Panorama section of IFFI. Such films also get the opportunity to be released through the Indian distribution network, and hence co production opens up the Indian consumer market to the foreign producer.