The storytellers from the indie gaming studios have worked really hard while shifting their workplace remotely. The creator behind Raji: An Ancient Epic – which a few days back launched on Nintendo Switch and now on Steam – shared how they have completed their work even during the pandemic. Singh shared, “When the pandemic and lockdown started, we had our deadline and we knew we had a crunch since we shifted our operations online to launch. We realized the workflow could have been faster, better optimized if the pandemic was not there and all were working under one roof.”

The Bonfire 2: Unchartered by Xigma Games which launched on Steam recently and for app store premium and google play store premium experienced the same, as Manwani shared, “Pandemic did affect us. It took double the time while working from home to process. The pandemic hit exactly at the time when we were about to launch the game when we actually needed to sit in one room and discuss.” In fact, initially, their game received a bit of negative reaction by the users on Steam because of certain areas which needed to be honed and that happened because of the pandemic. Later on, they launched another patch which perfected the areas that needed little more attention and now they have been lauded with positive reactions from the players. 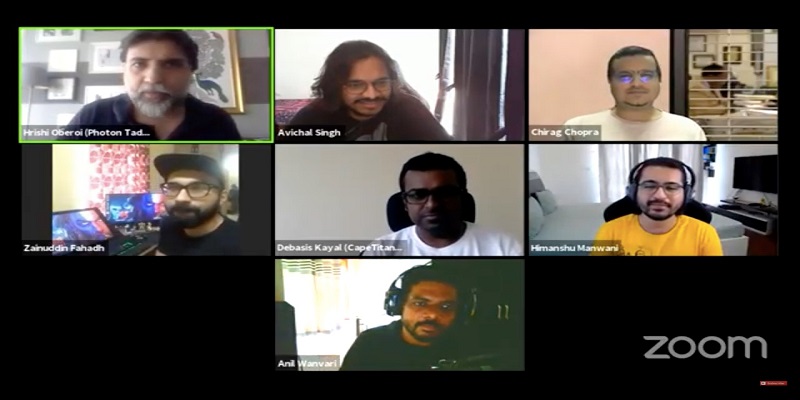 Indie game developers are truly gems because they work on limited resources but skilled talents for their projects and at the same time, they insert an equal level of hard work like any other large-scale gaming company. What is actually driving this industry is its innovative ideas. As Chavan expressed, “Being indie is being artistic. Most of the ideas are already there in the market in some form or the other. It is the independent developers who with their artistic mind transform it into a game. For indie game developers, influence or love has mapped towards creation. Some like mythology, ancient history, some like strategy, and accordingly they channelize their interests and passion through their work. The very first attempt that they did to roll out their game was out of love or being influenced by something. And trend and marketability is the part that every developer looks for before publishing a game.”

The first step of creation always begins with an idea. Because of the creative mindset over the years, we have seen some fantastic games coming out from an indie gaming studio. Chopra stated, “Ideas are mechanical stuff. For me, when the first idea hits, I try to work on the prototype and try to get feedback from my close peers. If the mechanics are fun at the early stage then there is a point of going ahead.”

Today the gaming landscape is continuously evolving; be it the genre, device preferences, players, and so on. And over a couple of years, people have started opting to join this industryas today it is a viable career and the key mantra of the industry is that it is passion-driven and not by destiny. So it is very important for the developers to enjoy every bit of the game that they are developing. As Fahad stated, “When we started five years back we wanted to create a game that we enjoy. My view is that the game should have a reflection of you and the developer should do whatever they wanted to do. The important question is whether you are happy enough while building the game or not and whether you have enjoyed it while developing the game.”

Indie game developers may have a rocky start initially with pandemic and overall work from home situation, however, they aced it with the right strategies and hard work.