It has been more than a decade since the inception of Chhota Bheem which has ruled the hearts of kids through television screens. Even after all these years the popularity of the Dholakpur hero has not reduced a bit! So much so that, according to BARC data, after a long stint of being at the top, Nickelodeon’s Motu Patlu has been dethroned by Chhota Bheem and Krishna to be the top kids programme on TV in week 32 (8 to 14 August).

Given this immense popularity and demand of the famous animated IP, POGO has started airing brand new episodes of Chhota Bheem from today, 24 August every week days at 11:30 am. 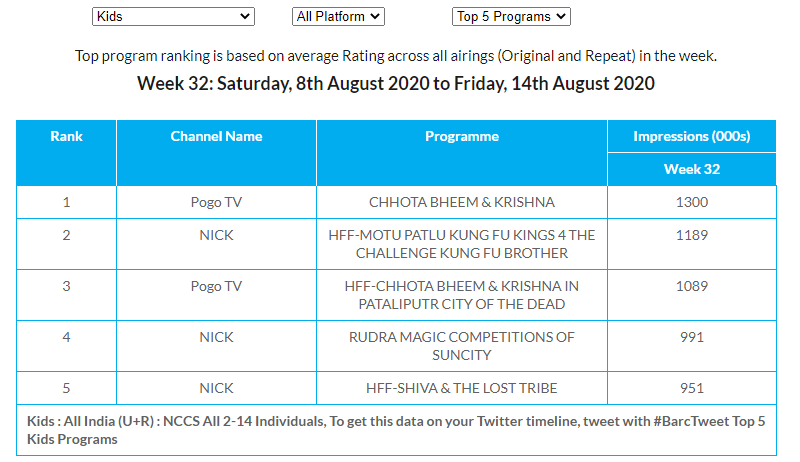 Speaking about the new episodes, Green Gold Animation founder and CEO Rajiv Chilaka told Animation Xpress, “I am very excited that after a gap of three years, brand new TV episodes of Chhota Bheem are now on POGO. Chhota Bheem has been on air over a dozen years now, and this year we are producing about 39 episodes which takes the total number of episodes to 318. I’m delighted by all the love we have received for Chhota Bheem.”

With a roster of new kids programming coming on the block everyday, Chhota Bheem seems to have not lost its charm yet. Though received with mixed reviews many times, the kids have been pretty loyal to the franchise.

Decoding the reason behind Chhota Bheem’s unmatchable demand, Chilaka added, “As the series is set in the past rural India, it has elements that fascinate the minds of young viewers. Bheem and his friends, besides being entertaining, have always set the right example for children. There’s usually something or the other to be learnt in every episode- from morals, or understanding values of family and friends or understanding the importance of environment, forests and more. I’m happy that the show has retained its charm, popularity and audience. Even today the characters especially Bheem and Chutki are the most popular Boy and girl toon characters in India.”

POGO, which is now focusing on new homegrown animated content, regards Chhota Bheem as a very important part of its content programming lineup. Presently in week 32 of 2020, POGO stands second in the list of BARC’s ‘Top Five Channels’ after Nickelodeon and followed by Sonic, Hungama and Cartoon Network. 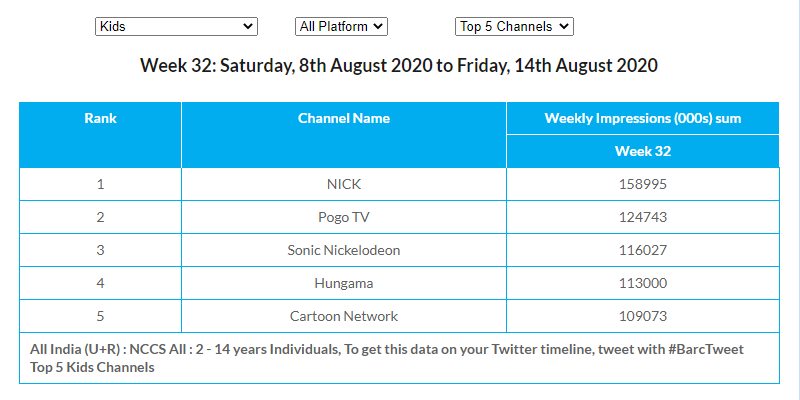