GKIDS and Shout! Factory are releasing the hit anime movie Weathering With You on Blu-ray and DVD and Steelbook format on 15 September. It is already available to purchase digitally from 4 August. The studio has released a new trailer in anticipation of the release. A limited edition Collector’s Set will also be released in November.

The Blu-ray and SteelBook includes additional features like a talk show with Makoto Shinkai and Yumiko Udo and a Weather Front featurette. It also explores Makoto Shinkai’s filmography and theatrical trailers and TV spots. The DVD features are the same, with the exclusion of the talk show. 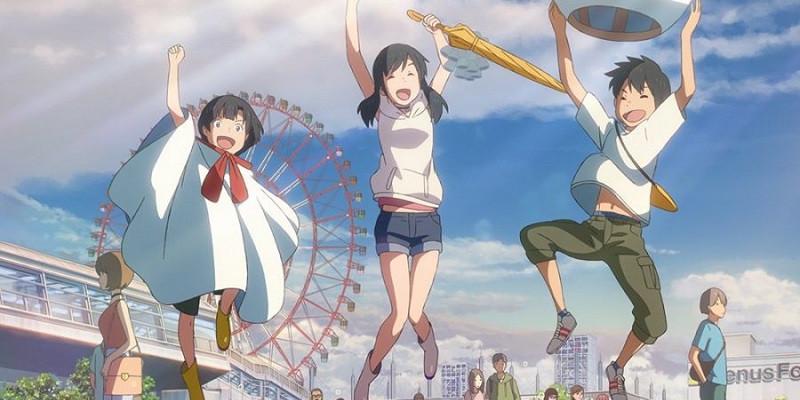 The creators of Your Name take us back to an incredibly lifelike and detailed Tokyo, where Hodaka Morishima comes looking for work and encounters a girl who can control the weather: she has the power to stop the rain and clear the sky.

The English dub voice cast for the film includes Lee Pace (Guardians of the Galaxy, The Hobbit Trilogy), Alison Brie (GLOW, The LEGO Movie franchise) and Riz Ahmed (Rogue One: A Star Wars Story, Venom). The movie is directed by Makoto Shinkai and the creative team, including producer Genki Kawamura (Your Name) and features music from the hit band RADWIMPS.