Netflix has released the lead single from the upcoming animated feature Over The Moon with a new lyric video and making-of featurette. Rocket to the Moon, a hero’s ballad, gives us the first look into the music of the movie. The song is sung by Cathy Ang, who is the voice of the lead character Fei Fei.

Ang said in a statement that the songwriters made adjustments to accommodate her vocal range, “so it felt natural” and hopes the music will inspire young girls and help them connect with the Chinese folktale at its core. 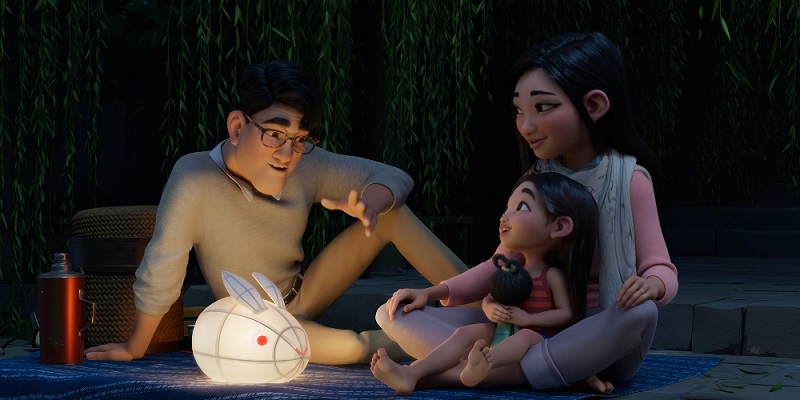 The screenplay is written by the late Audrey Wells (The Hate U Give). The movie is produced by Gennie Rim (Dear Basketball) and Peilin Chou (Abominable) and executive produced by Janet Yang (The Joy Luck Club), Glen Keane, Ruigang Li, Frank Zhu and Thomas Hui.