In an interesting webinar on Animation Xpress, animation veterans spoke about the many opportunities this industry has to offer. The panel discussion which focused on the career opportunities the aspiring animators have in the pre-production sector of 2D/ 3D animation, had Cosmos Maya art director and consultant, Aditya Chari, DNEG London concept artist Rupali Gatti and Byjus creative director Swarna Prasad. The session was moderated by Cosmos Maya chief operating officer Adi Shayan. 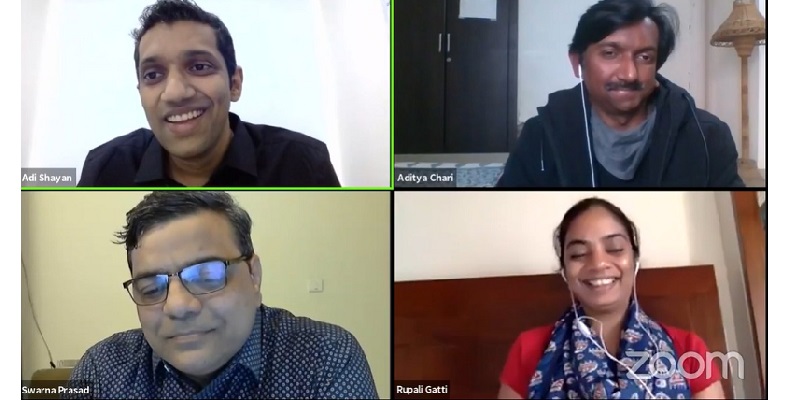 Discussing their journey in this magical world of animation, each one present on the panel couldn’t help but remember their mentor Ram Mohan. Mohan had played a prominent part in the making of an entire generation of animators who are now at a highly regarded position in the industry. Prasad said, “I wanted to do animation since I was five or six years old. I did flipbooks, watched documentaries and it struck me that I want to be an animator and nothing else. I waited three months for an opportunity to work with Ram Mohan and spent my five golden years there. He taught me many things. And now here I am.”

The learning process in the earlier days was very different from now. There was no internet to take references from or do research on. “Ram Mohan was the only Google for us as he used to travel for festivals and get data in the form of videos for us to learn,” mentioned Gatti. Prasad, Chari and Gatti, all three have experienced the working process of Mohan and collectively felt the need of solid drawing and can relate with the importance of it. Mohan emphasised on learning the in-betweens. “The training for animation has to be hardcore. The people who have gone through this process of drawing and painting are now the pioneers. Ram Mohan has developed the industry. He has given so much to our generation.”

The panellists shared their experience and work with the audience, to give them a fairer idea of the many aspects of the animation industry. Gatti worked on the 2D design of the palace of Baahubali for almost a month. “The first brief that I received from Rajamouli sir was that it should be larger than life. Indian architectures are horizontally spread out more. It’s not just about design. You have to be a designer, architect, and should know the production process,” expressed she. 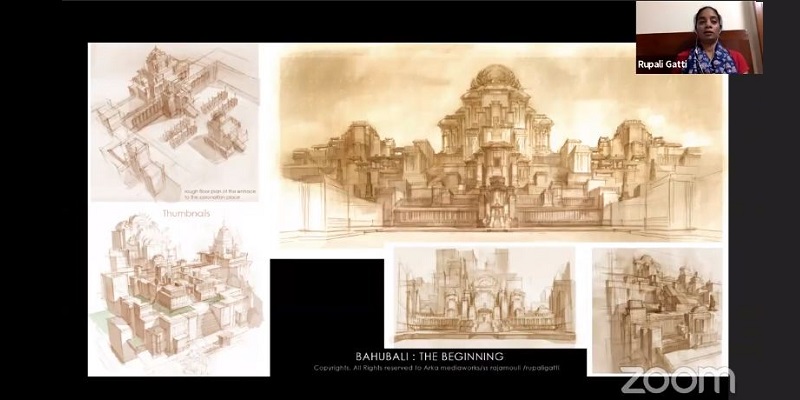 Gatti along with the others present on the panel finds it necessary for anyone wishing to enter the field to know the basics of drawing and paintings. The interns are trained further, according to the language of the industry, but the knowledge of certain software is a basic requirement. They are further involved in the project so that they can be taught practically on the floor.

Shayan further added, “A whole gamut is going on when pre-production is concerned today, right from gaming to live-action to VFX. If you hone the skills, you are putting yourself in a vast world of opportunities. There are a lot of opportunities in India right now, for domestic as well as international production.”

Prasad also mentioned about the many opportunities Byju’s has to offer for fresh graduates through internship programmes. “The skillset has to be well-developed to get there. But we can mould them in the production projects and work on actual projects,” he further elaborated.

Gatti mentioned about her experience of working for the Disney short films while she was at Ram Mohan Biographics. It was an opportunity she still cherishes as it involved working on the project entirely from pre-production to post-production. “Layouts were a crucial stage to start the production in the earlier years. Drawing is the only key to 2D animation. There is no shortcut. One second required 24 frames to be drawn. It was a sense of achievement,” she added.

Chari who is also a comic artist couldn’t agree more about the importance of drawing. “Our background with traditional drawings helped us to grow. We have come a long way from comics to animation to live-action. But basics help you throughout your life,” he mentioned. 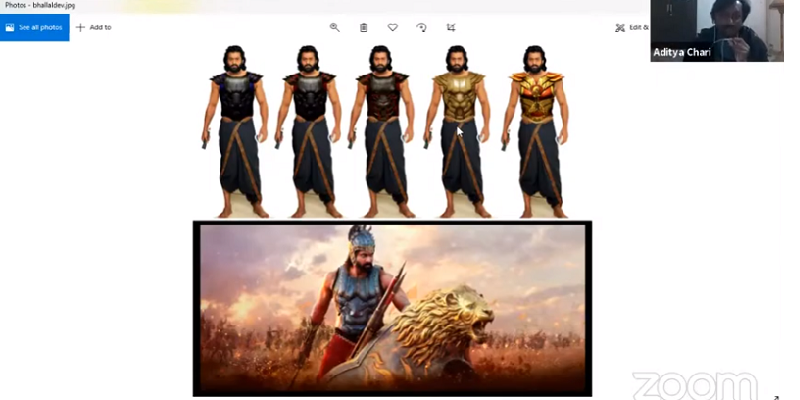 The panel while discussing and sharing the avenues open for aspiring animators, stressed on the strong base that one needs to develop. Animation is a very expensive process as it requires a lot of efforts. Everything needs to be precise. It is a vast world, which can shape one’s career if they give the required dedication to the field.