Producer Sangeeta Tripathi (Producer) said, “We are very grateful to the entire team of Shemaroo Entertainment, who showed a lot of belief in our film right from the very beginning. A big thanks to Amazon
Prime Video for Captain Vidyut’s release. Congratulations are due to the team at Parijat Animation for their hard work, dedication and passion. We hope that, the film is seen by more and more children and their parents. We look forward to creating more wholesome and entertaining animation for children. 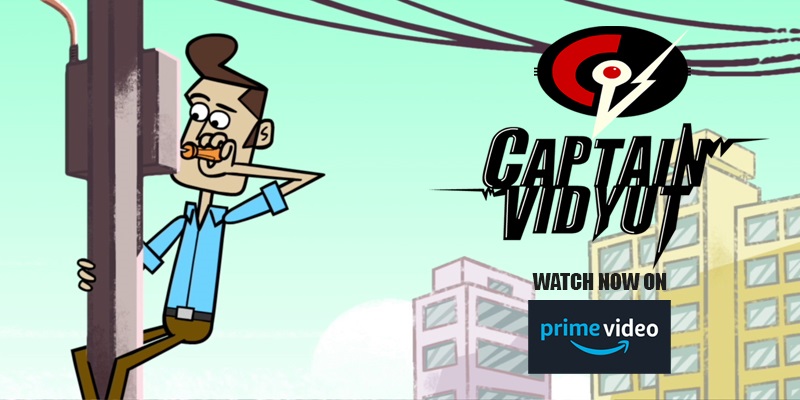 Director Atish Tripathi added, “I am very excited about the release of Captain Vidyut on Amazon Prime Video. Very grateful to Shemaroo and Amazon Prime Video.  There is a tremendous sense of fulfilment in knowing that children will now get to watch and enjoy the film on one of the premiere platforms. Can’t wait to start on our next projects.”

‘Captain Vidyut’ is about an average, ordinary guy, Vidyut Kumar who is a weakling but desires to be a strong man. One night he is struck by a lightning bolt and he ends up gaining extraordinary superpowers and becomes a superhero. On the other hand every superhero film is also a super villain film, and the super villain in this case is Dr Dhakosla. He has discovered the world’s most powerful substance called ‘Tutofutonium’ and he wants to rule over the world with the help of ‘Tutofutonium’. The film explores the transformation of both Vidyut and Dr Dhakosla into a Superhero and Super Villian respectively and how Superhero is able to thwart the evil plans of the Supervillian in the end.