Marvel fans are eagerly waiting for Phase IV to commence to experience the superhero extravaganza again.

MCU Phase III ended with Avengers: Endgame and the defeat of Thanos. Of the ‘Big Three Avengers’, Tony Stark aka Iron Man died and Steve Rogers aka Captain America retired in Endgame. The only one left is the God of Thunder who has a new film, Thor: Love & Thunder  in line.

His latest stand-alone film is expected to be far from conventional with Chris Hemsworth returning as Thor, Natalie Portman as Jane Foster and Tessa Thompson as Valkyrie. As announced at San Diego Comic-Con 2019, the film  will be helmed by Oscar winning director Taika Waititi who revealed that it will focus on romance.

Valkyrie, who Thor appointed the new ruler of Asgard at the end of Endgame, will be in search of a queen to sit by her side. Thor: Love & Thunder will be MCU’s one of the first storylines to focus on a same sex/queer relationship. It was also confirmed that Portman’s Foster will take over the role of the Mighty Thor.

The filming was supposed to begin in August, as Waititi confirmed in January 2020, but has been pushed back due to the pandemic and now is slated to begin in early 2021, according to Portman. 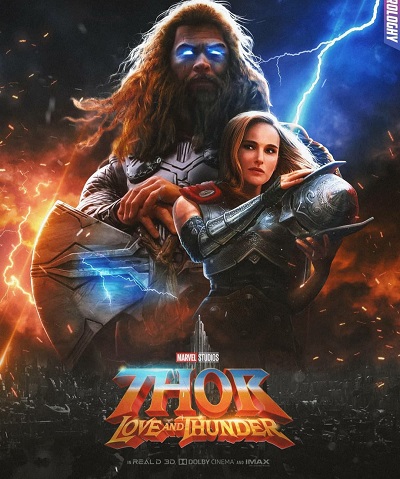 Waititi who also directed Thor: Ragnarok, will additionally write the screenplay for the film, alongside Jennifer Kaytin Robinson.

Christian Bale will be making his MCU debut in Thor: Love & Thunder, and though his role is currently undisclosed, Thompson said in an interview he would be playing a villain. Additionally, Vin Diesel revealed that Groot, along with some of the Guardians of the Galaxy characters would make an appearance in the film. Thor joined the Guardians at the end of Endgame, so a cameo from them is obviously expected.

Originally set to release on 5 November, 2021, the new release date for Thor: Love & Thunder is 18 February, 2022 owing to the shut down of productions and shooting due to COVID-19.