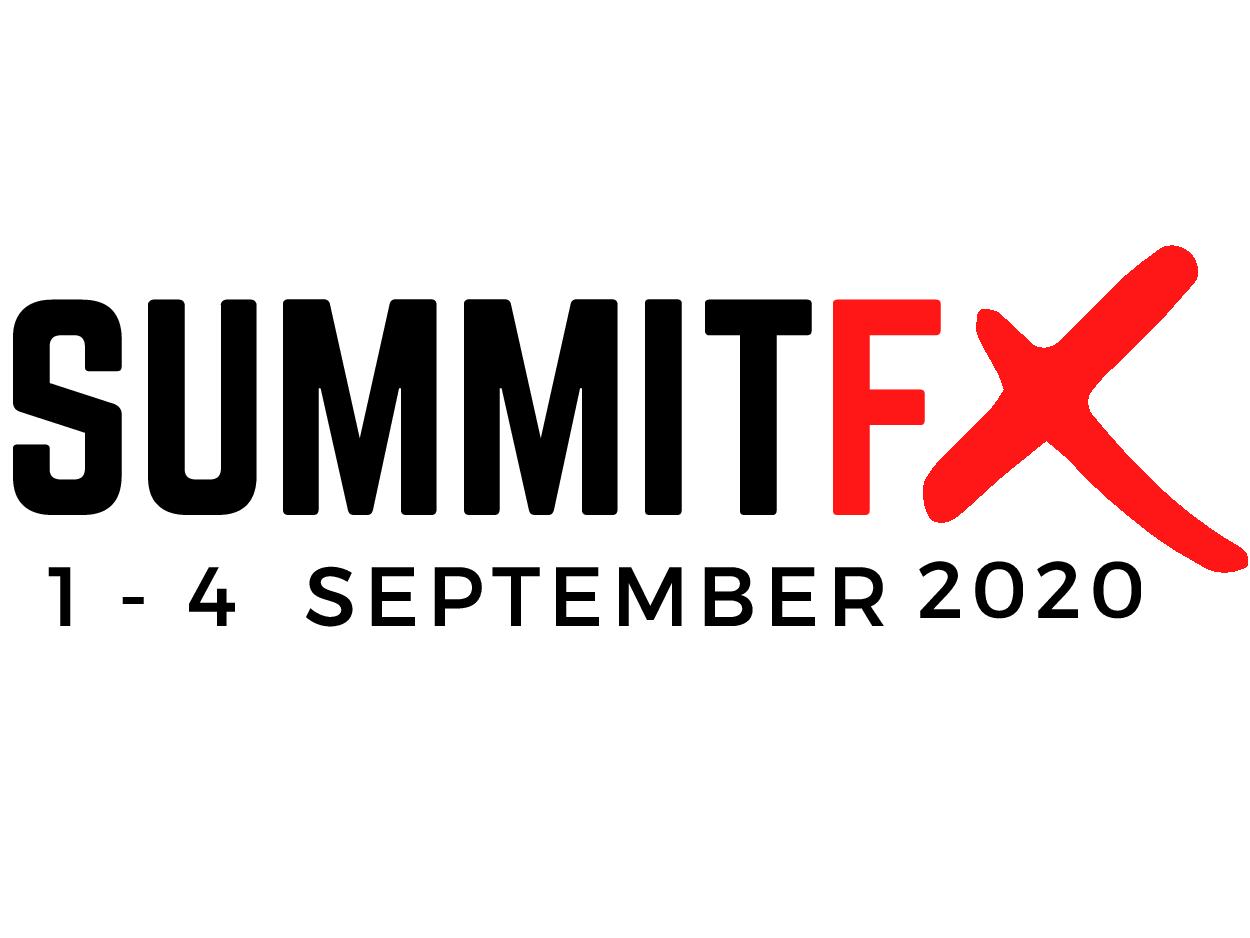 With a unique aim to boost the AVGC Industry, showcase the cutting edge of technology and facilitate B2B matchmaking between 100 odd foreign delegates and their Indian counterparts, the first day of Confederation of Indian Industry’s (CII) upcoming SummitFX 2020 took off with great gusto.

The first session kicked off with an address by Chandrajit Banerjee in which he graciously welcomed the guests and dignitaries present on the virtual dais.

Amit Khare Secretary Ministry of Information and Broadcasting delivered a special address on the importance of critical thinking as a part of the new education policy. Extolling the importance of innovation and job creation in the current scenario, he shared that ‘we must ask questions as critical thinking will lead to problem solving and that will ultimately lead to innovation; and our youth will become job creators’ which he believes aptly applies to M&E industry.

Khare also stressed on the fact that the M&E industry, save a few interventions from the Government, is totally ‘a private-led initiative. Even though the Government is working towards developing the AVGC Centre for Excellence in Mumbai, the underlying policy of the Government is to act as a facilitator where it requires any intervention, not as a regulator.‘

Taking a thread from Prime Minister Modi’s recent Man Ki Baat address where he highlighted the economic viability for manufacturing toys, he added that there is a huge market for gaming globally.

If the country can follow the ‘Make in India’ model for the world and develop Indian stories for audiences across the globe, the sector will indeed progress

Addressing and lending his ear to the demands and concerns of the panelists, he shared that he welcomes suggestions from the industry.

K Madhavan shared his concerns over the high GST rate that is hurting the local production business. He noted, “Our request is to abolish the GST as importing from outside doesn’t entail a GST yet one has to pay a high GST rate for the local content”

Initiator of the Summit FX initiative Biren Ghose expressed his pleasure over the announcement of the upcoming Center Of Excellence in Mumbai. Advancing his recommendations to the minister, he stressed on the need to form a council and an ecosystem that allows for various Centers of Excellence to synergise under one national umbrella. He expounded, “Coming from a thinking that it is better to light a candle than to curse the darkness.. Notwithstanding the difficulties faced over the last 200 days, this conference, more or less, poses a question as to what we should be doing with regards to the skills and entrepreneurship. My first recommendation is that we form a council together with Mr Tewari who is leading the Mumbai initiative. Probably the other states are likely to spend on doing the same things again and again in their centres of excellence so if we can create an ecosystem where the monies that are coming in from the center and the states actually go to contribute complementary resources and investments, it will be great. That is something CII can also help to work together with”

Mentioning the number of states pursuing a robust AVGC policy, he highlighted the urgent need for a ‘national AVGC policy that can act as a fountain of thought which could be the example other states could follow‘

Ghose also pointed at the confluence of Animation, Visual Effects and Gaming which were self-contained and isolated sectors in the past. He shared, “People who belong to the larger sector of film and broadcasting and so on and so forth are now seeing that the production of those sectors will also happen from the technology of Gaming & Animation. We need to look at the centre.. looking at the resource that would combine with the state and the private industry to make one very integrated plan. It is almost like a national highway plan or the integration of rivers“

He also reiterated the significance of the ever-growing gaming industry and cited the example of Indonesia, “The Games business in India, if we can equal what Indonesia has done in the last few years, it is a 5 billion dollar sector and what is enabling that right now are the platforms that have allowed independent gamers to flourish like never before. We’ve already seen a 20x growth in the last two years of the game developing companies so that infrastructure will enable a lot of things.”

Shining a spotlight on the way new age technology and digital modelling can resuscitate the dying wooden toy industry of Channapatna in Bangalore and the overall scenario, “What will happen to toys in future will happen digitally. The modelling that is happening in Games and Animation can inform the ways in which toys are manufactured in the future. So we can go to many parts of India for example Channapatna in Bangalore, Toy Industry is dying there, it is almost dead.  It’s a wooden toy industry, very very famous. We need to digitise that. We need to make sure that we bring those toys from across the country to the forefront again using our technology.”

Siddharth Roy Kapur relayed the anxieties of the film community due to covid-induced restrictions. He shared, “I, as the head of the film & production committee, would be remiss if I didn’t bring up a few things that are consuming the film industry right now. I am sure it is something that you are very well aware of but I just wanted to know if we can have a dialogue about it. Even with the unlock 4.0, there have been no permission for the cinemas to reopen. As you know there are lakhs or families and livelihoods dependent on this industry. It was the first to shut and there is no sign of when it will reopen. Scores of people eagerly awaiting when they can get back to work.“

Having patiently listen to the recommendations, Khare responded reassuringly that they will be looking at these issues. He shared that they are working with the states and the SEPL regarding the national AVGC policy. Together we can work out a draft next month regarding the digital infrastructure’. With respect to the GST issue, he shared, “This is an issue we’d require intervention from our ministry for and we will work it out“

Addressing the demand to reopen cinemas, he stated, “We did have a meeting earlier. Exhibitions went overboard and their announcement harmed the cause. We will talk to the Home Ministry. And as malls and cinemas go together, we’ll pursue it further with the Home Ministry“ 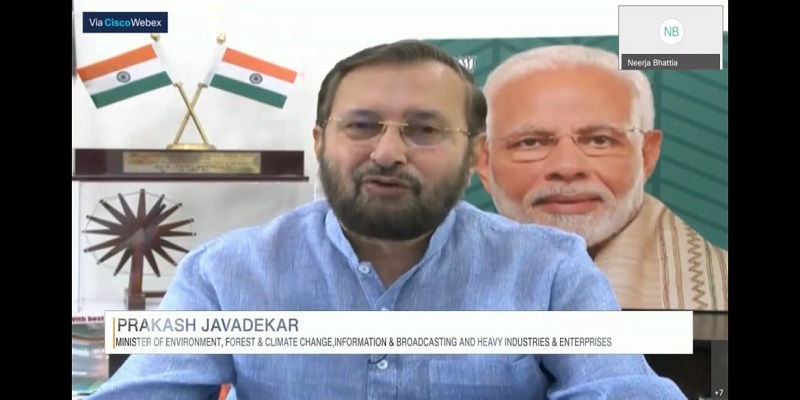 Prakash Javadekar sent a video message in which he termed as AVGC industry as ‘not only a sunrise industry but also a promising one’. He also shared that ‘India has a great opportunity in becoming a leader in the field‘. Tagging games under Prime Minister’s observation about the opportunities in Toys’ market, he also declared that the ministry is ‘taking keen interest in young game developers.‘

As the meeting ended, it was time for B2B matchmaking sessions amid a bevy of virtual stalls and a blitzkrieg of showreels and technologies.

Making it real with Unreal

Next session was the hottest topic in the post pandemic content landscape. Virtual Production, Digital Humans, Unreal Engine, Game-Tech are some of the noted fireball subjects amongst the AVGC milieu. 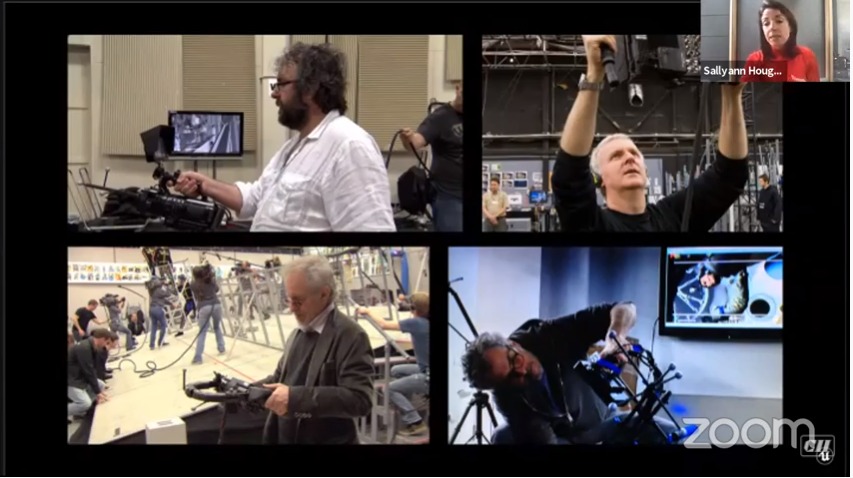 Sallyann Houghton from Epic Games London Innovation Lab, UK and Quentin Staes-Polet GM – India and SEA Epic Games gave a lowdown on the revolutionary ways in which Unreal Engine can be leveraged by filmmakers. With various case studies and examples like  Mandalorian and Fortnite, Houghton gave an insightful presentation on the potential of the technology.

As the dust settles on the new normal, filmmakers have been scrambling to find ways to avoid travelling and virtual production has been touted as the panacea for their woes. The in-depth presentation opened the frontiers of learning which was followed by a discussion on the role of Unreal Engine in the future of filming.

VFX: The Road Ahead

Proceedings of the day were carried forward by a panel discussion on the current state of the VFX industry. Busting various myths around the mounting VFX blockbusters from script to screen, panelist furnished an educated perspective on the role of VFX in Indian movies.

Murali Manohar Reddy VFX Supervisor Firefly Creative Studio shared that ‘budgets are related to the potential returns of the film’. He opined that if VFX artists are involved in the beginning of the project, ‘they can find innovative ways to work within the budget and still produce quality content‘. He also asserted that VFX has become an inseparable part of the the filmmaking process.

Speaking about the paradigm shift in the filmmaking processes with the advent of new age technology and increased levels of involvement of VFX department, Ronak Sanghadia VFX supervisor redchillies.vfx shared that ‘definitely the access is there. Doors are open. Message had been passed a long time back. There is a lot more communication now more than ever before which is the best part of associating with a production house.‘ He hoped that the days will come soon when scripting will be discussed with the VFX department too.

Cutting across the various aspects ranging from cinematography, colour pallet, hues, period film treatment, the illusion of one single continuous shot movie and CGI elements that conjured up the thrilling experience, Rocheron revealed his process over the course of the session.

With policy makers making AVGC-friendly announcements, VFX artists discussing the way ahead and companies showcasing the awe-inspiring technology, the first day of Summit FX set a benchmark in AVGC landscape.