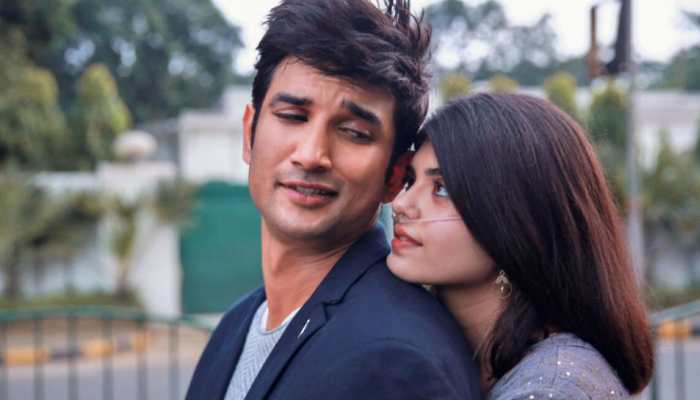 A striking yet heart-rending fact to note: Late Bollywood Star Sushant Singh Rajput’s previous film Chhichhore dealt with the subject of suicide and the last movie Dil Bechara which is an adaption of John Green’s Fault In Our Stars; a tragic love story about terminally-ill lovers also discusses mortality and its myriad hues.

Reposed within them is a recurring theme that unfortunately preceded the tragic news of Singh’s recent passing.

Reposed within them is a recurring theme that unfortunately preceded the tragic news of Singh’s recent passing.

Dil Bechara would have released much earlier but fate had it that it would land on Disney+Hotstar for free to an overwhelming flood of fans waiting in anticipation, leading the OTT platform to crash due to traffic.

A life-threatening ailment coupled with youth romance is indeed a proven recipe for audience engagement if done right but what is grippingly special about this one is something that goes beyond its plot. It is the bittersweet moments where you see a gregarious man hopping around, emoting and exuberating love whose antics beguile and entertain and yet you struggle with an impulse to pause and wonder what drove him to take his own life.


The challenge indeed is the inability to separate the aim of the fiction from the mourning of the real,  leading us to wish if only we could only roll back the time and bring him back.

In terms of colours, the movie is made to look larger than life and colours pop to make it more suited to a young love & romance genre. Taking that thread forward, the movie takes you place where they set off on a journey to Paris to meet the reclusive and moody singer.

In many places, there are picturesque scenes which have presumably been buttressed by VFX (done by Unifi Media) and many scenes are shot against chroma and later extended in post-production stage. Rains, the locations and action also look digitally enhanced, giving the movie a cinematic fairy-tale quality in terms of visuals.

The film also leads one to sharply realise that perhaps we have still not overcome the grief, shock and horror that Sushant Singh Rajput’s demise (apparently by suicide) caused just little over a month ago.

So the scenes that are meant to invoke laughter, seriousness or adventure get unfavourably eclipsed by the overarching sentiment of the grief triggered by the actor’s passing.

The film has some faults in its storytelling as the characters have not been shelled out well. The film digresses and wanders at various places and at other places moves sluggishly but what keeps the momentum is the chemistry between the lovers.

A must watch! A tribute to the fallen and a story that tugs at your heartstrings indeed. The timing of the release, the circumstance and the overall storytelling can indeed move the toughest of folks to tears

Dil Bechara is streaming on Disney Plus Hotstar.