Available in stores on 3 November 2020, Bugs Bunny 80th Anniversary Collection will also include a Digital Copy of the 60 original theatrical shorts, a new documentary, 10 episodes of the Looney Tunes Cartoons – the new HBO Max series produced by Warner Bros. Animation, and an introductory letter from animation historian Jerry Beck. 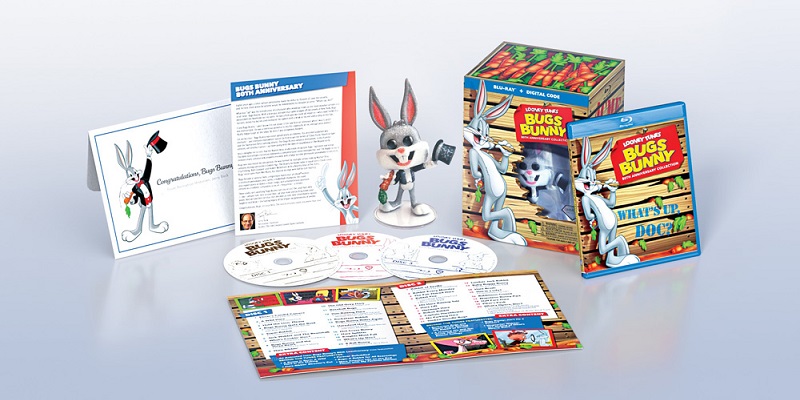 Bugs Bunny first was seen on screens in 1940 and has been the most recognised and loved animated character till date. More than eight generations have enjoyed the timeless antics of the wise bunny who always outsmarts his rivals. There have been cartoons, movies, TV, comics, music, sports and more under his name.

Bugs Bunny 80th Anniversary Collection will feature some of the best and most beloved theatrical shorts from Bugs Bunny’s illustrious career. This compilation contains a variety of memorable works, by some of the most renowned animators in cartoon history including Bob Clampett, Chuck Jones, Robert McKimson, Friz Freleng, Tex Avery and others.

Winning shorts such as A Wild Hare and Knighty Knight Bugs along with other popular favorites include Baseball Bugs, Hair Raising Hare, Bugs Bunny Rides Again, 8 Ball Bunny, The Rabbit of Seville, What’s Opera Doc? and more are included.