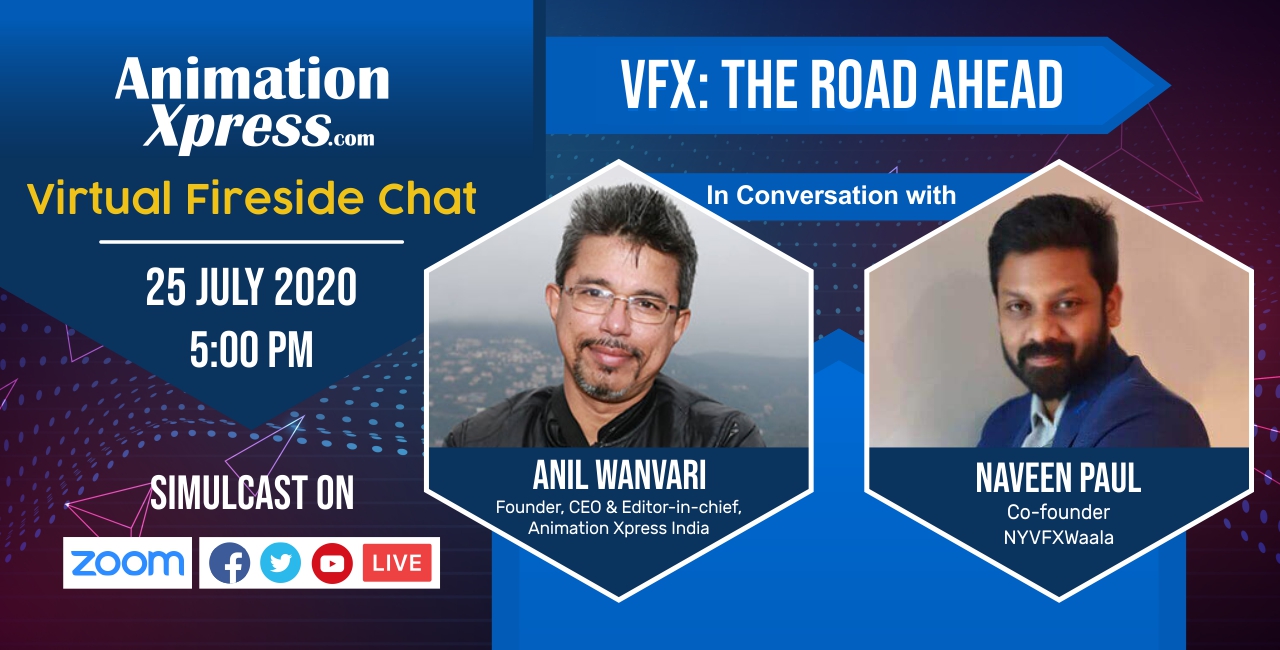 VFX industry— quickly bounced back from the repercussions of pandemic, overturning the way processes were carried out traditionally in the —Media & Entertainment sector. While some have lauded the paradigm shift of operations induced by the lockdown and even planned to continue with it in the future, others feel going to office can’t be completely ruled out as there are some operations that can’t be done optimally from home.

A savant of the VFX industry, National Award winner Naveen Paul has worked on over 200 projects over the past 18 years. From digital compositing to creative VFX direction, he has in-depth knowledge of what goes into making a blockbuster. After years of holding senior positions in topnotch post-production houses, Mr. Paul decided to break free and co-founded the NY VFXWAALA studio. Within two years of co-founding NY VFXWAALA, he won the 64th National Film Award for Best Special Effects for the movie Shivaay, directed by Ajay Devgn. Apart from several Indian feature films and ad films, Naveen has also worked extensively on lots of Oscar award winning Hollywood feature films. He was part of the core team for films like Chronicles of Narnia, Superman Returns, The Fast and The Furious… Tokyo Drift, Garfield 2, Night at the Museum, The Golden Compass, Evan Almighty, etc. He has also worked extensively on several International CGI animated series like “Jakers!The Adventures of PiggleyWinks”, which again won lots of awards

Here are the excerpts :-

Tell us about the recent operations at your studio? How’s it coming along post-pandemic?
It’s been a challenge with working from home; coordinating with the artists, its a new style of working that we never imagined before. There was a transition time to let that sink in. We addressed those later on with production software to communicate. We’ve been lucky enough that there have been films that were recently announced which we are working on day in and day out.

Tell us about how the studio came into being

Prasad Suthar (VFX veteran and co-founder of NY VFXWAALA) and I have been working for 14 years now. We decided to go big with VFX as it was growing. In 2014, we decided to come up with a studio and contributing to the industry. We decided our name as NYVFXWAALA because the industry at the time used this term “VFX WAALA” very commonly and we picked it up. VFXWAALA is a generic word the film industry recognises well. We started off with just ten systems in a one bedroom house near Goregaon station and we were already working on two films. When we were thinking of expanding it, Ajay sir lent his excellent help. Which movie were you recently impressed by? When I saw ‘1917‘ there was so much happening in a single shot that I was really impressed. We are trying something like that on ‘Bhuj‘. It is a vfx extensive, complicated film so we had to be careful and let it look natural and fake.

Tell us about remote workflows, pipelines and workstation and the role of technology in order to solve the pandemic-induced problems that VFX industry is confronted by?

I strongly believe that a machine is just the tool, the skill lies in the artist and I measure the quality from what I see on the screen. Having said that, a workstation has to be a higher configuration machine with the hardware that supports your software, efficient pipelines that can save time are crucial to Work-From-Home workflows.

Do you see WFM format continuing well into the future even after the pandemic situation improves?

We can’t completely rely on working remotely because it needs a lot interaction, briefings, feedback which happens seamlessly when people are physically present. So we are figuring out the future. Co-ordination is paramount; like Roto team, CG team, Modelling Lead, Texture Lead, Lightening Lead. All the leaders need to co-ordinate because when they talk to each other to arrive at one vision, the work happens.

What role does VFX play in the movies and will the scope of VFX increase in the post-pandemic age?

People should use VFX to increase the production value, enhance the scenes and storytelling and add value to their project. Given the pandemic, a lot of filmmakers and content creators are considering to shoot within a minimum environment and perhaps against a chroma. I think a lot of it is already happening.

How do you keep the data secure?

Security of data has always been a very sensitive issue for any studio. We have centralised our systems in such a way that the classified data is very secure. There are propriety methods that we have implemented to keep the data safe

Tell us about the upcoming movie ‘Sooryanvanshi’ and other movies that you finished with work-from-home pipelines.

In terms of VFX, Sooryavanshi is a VFX-heavy film. We created many locations digitally that you won’t even realise. Its an action film with realistic locations. We used Lidar to scan locations and create them on screen for the film. We’ve got very big South Indian films lined up. We are working with Maniratnam, Shankar and Atlee and more. We’ve got the cream of South Indian filmmakers working with us. Khuda Hafiz trailer just came out. We delivered 500 shots, the deadline was short we have worked hastily and completely remotely. It releases soon on DisneyPlusHotstar.”