Malayalam cinema is making its full-fledged foray into the digital cinema space. The Kerala-based production house Emil and Eric Digital Private Limited (EEDPL) is gearing up to release its maiden production Moonnaamathoraal (The Third Man) through the satellite digital delivery system across the state. 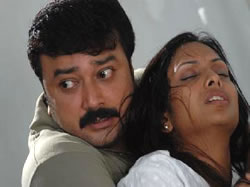 “Moonnaamathoraal is a digital movie shot using the High Definition technology (HD) technology. The movie will be delivered to the theatres through satellite and will be exhibited using the digital projector system. We have rented about 150 theatres in Kerala to set up the required digital infrastructure for a five year period, says Emil & Eric Productions promoter Martin Joseph.

EEDPL is releasing Moonnaamathoraal in 80 of these 150 theatres on 30 June. The company has tied up with the Mumbai-based United Film Organizers (UFO) to set up the digital infrastructure for the project in the theatres. The system include the digital server, the Hughes Escorts Communications Limited (HECL) powered satellite delivery solutions through Vsat and the Panasonic 3 chip/single chip DLP projection system.

UFO has invested in the range of Rs 130 million to Rs 150 million in Kerala for the project. The company has installed the digital systems on a refundable deposit of Rs 2,25,000 per theatre.

For Moonnamathoraal, EEDPL will be donning the triple roles of the producer, distributor and exhibitor. The Jayaram-starrer, directed by Chennai-based ad man V K Prakash, is made on a budget of about Rs 5 million. “We have spent Rs 5 million on this project, which, on the analogue system, would have required Rs 7.5 million to complete. For the total project, we have spent about Rs 9 million,” says Joseph, adding that EEDPL’s next digital venture Aanachandam will go the floor on 24 June.

Aanachandam, again a Jayaram starrer, will be directed by veteran Jayaraj.

Last year, UFO Moviez, the digital cinema network launched by Valuable Media Pvt Ltd, unveiled its digital project to set up 500 digital movie halls by 2006 March at an investment of Rs 800 million and then scale it up progressively to 2000 cinema halls across the country at a total investment of Rs 3 billion. However, the company fell short of its 2006 target due to the shortage of digital projects, according to UFO senior manager Mukesh Sherigar.

“We couldn’t meet the target in these circumstances, but now we are well on track. We have installed the digital system in about 300 theatres across the country as of now,” he says.