In today’s virtual fireside chat, ‘Delving deep in the animated content space,’ Toonz Animation India CEO P. Jayakumar in conversation with Animation Xpress CEO and editor-in-chief Anil Wanvari talked about his fruitful journey in the animation industry. He spoke in-depth about the learnings he got while working with Toonz, the state of the animation industry currently and the content strategy for the kids’ sector.

Jayakumar, who with his stronghold over the financial and business department mentioned how it is important to have knowledge of both worlds – creative and business, to run a studio. “The small studios suffer due to lack of expertise in the financial department, even though there is huge creativity.”

Toonz to launch two kids applications – an OTT platform and another educational app for kids.

Toonz changed its model of working and created opportunities for local talents. Jayakumar firmly believes that a challenging project keeps the artists interested and believe in themselves and the company, which has worked for Toonz as well. 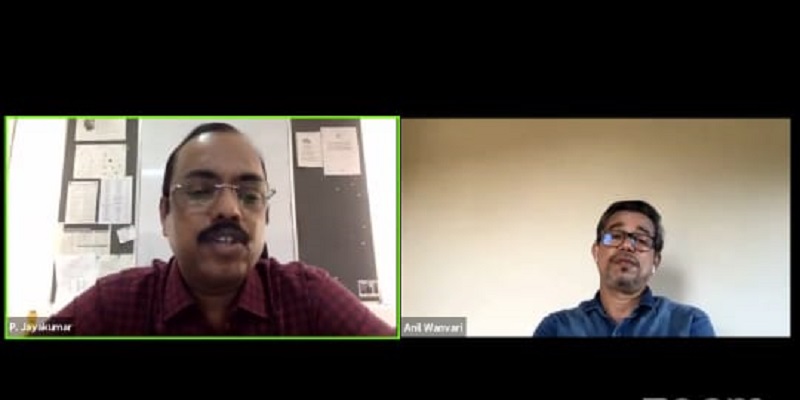 With a proper understanding of their employees and consideration towards them, the family at Toonz managed to remain intact and employed even during the tough times. Jayakumar doesn’t see the animation industry getting affected much, except a few small scale studios. He thinks that there is no such recipe for success. “We have to keep creating constantly. Keep working and your time will come and one IP will change the game,” added he.

Toonz managed to create around 10 to 15 IPs in the past year. It is also launching two kids applications – an OTT platform and another educational app for kids. “As kids and family content house, education is a major service we wanted to take global. We will be launching a platform for learning art (animation, VFX, gaming) sometime around January. It will be more interactive,” Jayakumar mentioned.

He discussed the changing trends, content consumption patterns, the growing hunger for new content and the challenge for the animation industry to keep up with that.

Jayakumar concluded by giving a message to all the aspiring artists, “Don’t lose hope, our industry is not impacted that badly. There is huge scope in the animation industry.”

Along with the apps that are to be launched, Toonz is doing Chacha Chaudhary with Disney, Pakdam Pakdai with Nick, Goldie Blocks and Friends, a feature film with UK producers and few other projects.