Disney announced that it would be restructuring its media and entertainment divisions in an effort to streamline its direct-to-consumer strategy, which will now focus even more heavily on its streaming services.

As part of the reorganisation, CEO Bob Chapek has tapped former president of consumer products, games and publishing Kareem Daniel as the head of the company’s new media and entertainment distribution group. Chapek had first hired him as an intern years ago when Daniel was in graduate school.

In this position, he will make decisions over pricing, marketing and how consumers connect with Disney+, the company’s flagship effort to take on Netflix in the fast-growing business of online video.

“He is a brilliant executive who has an unbelievable objectivity when it comes to fact-based decision making,” Chapek said in an interview. “It perfectly positions him to be the right guy to make decisions. Not because there’s a legacy of the business, but because it’s right for today.”

Daniel’s career climb has been impressive. After Stanford University, where he earned degrees in electrical engineering and an MBA, he worked for three years at Goldman Sachs Group before joining Disney in strategic planning in 2007. Daniel worked at the company’s film studio and in consumer products. 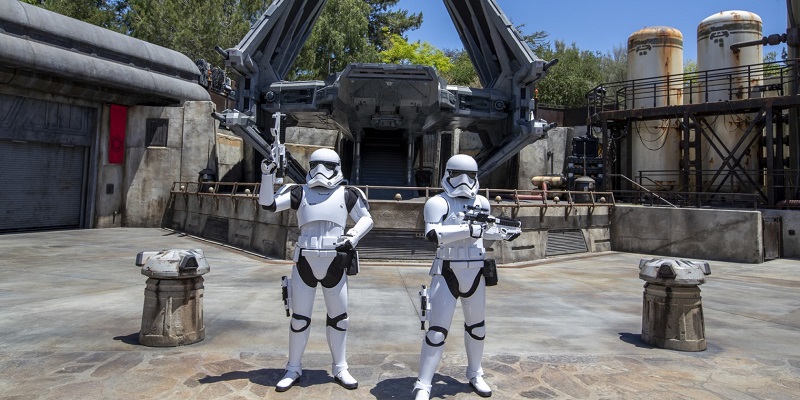 In 2017, he took over the company’s Imagineers, the theme-park designers who create Disney’s fantastical rides and attractions. Under his watch, Disney introduced twin Star Wars themed lands in California and Florida. He’s also supervised construction of a Marvel-themed land expected to open soon in California.

“He’s had experience across many pieces of the company and no matter which role he’s been in, he’s done an outstanding job,” said Chapek, who led the theme-park group before becoming CEO.