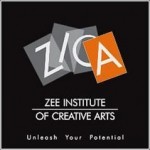 The Zee Institute of Creative Art (ZICA) in Ranchi is in the process of producing – as it claims – India’s first and largest sci-fi short film using motion capture technique based on Dhanbad’s coal mines fire.

Speaking exclusively to AnimationXpress.com, Suman Nayak (the director of ‘The Black Era’) a faculty at ZICA Ranchi says: “There have been many stories around the fires of Dhanbad’s coal mine, but we have interpreted it in a very different manner. Viewers will get to see aliens for the first time in a small city like Dhanbad; we are doing our best to make a quality product.”

There are nearly 10 students working on the film along with Suman, apart from other students pitching in when the need arises. The team is currently in the production stage and has already completed most of the preliminary work. The project began in early June and is expected to be completed by end of August.

“We are keeping things very simple and using little elements of motion capture and CGI to enhance the output of the product. The film will be 18 minutes in duration and will be ready for online release on 30 August,” he adds.

The team is only planning to release the film on YouTube at first, but will also be taking the film to various festivals for screening. Most of the film is being made using Maya, DAZ3D, Nuke and After Effects. The film will be using real footages of the Dhanbad coal mine fire and complimented with CGI and 3D animation as well and all this in a budget of just about Rs 50,000.

Suman ends: “We have also registered the film on IMDB and also hold copyright and trademark for this feature film. I am confident that this film will really be liked by anyone, who appreciates true hard work and love for film making.”

AnimationXpress.com would like to wish Suman and his team the very best for this venture and all future endeavours, and a special shout-out to ZICA for supporting such brave stories and nurturing the future of tomorrow.