WildBrain, a leading digital kids’ network and studio, has been appointed by Gutsy Animations to develop a global YouTube strategy for Moominvalley, the brand-new animated adaptation of writer-illustrator Tove Jansson’s classic and much-loved stories about the Moomins.

To celebrate Jansson’s 105th birthday today, the first new Moomins series in three decades launches on 9 August. Moominvalley brings Jansson’s characters to life with beautiful 3D CGI animation in 13 episodes for a new generation of kids and families. In addition, WildBrain will manage the library of past Moomin content on YouTube, including the previous series from the 1990s. Fans can enjoy exclusive new Moominvalley content now live on the WildBrain network.

WildBrain managing director Jon Gisby said, “The Moomins are a wonderful family brand with a rich history and the team at Gutsy Animations have done an outstanding job with Moominvalley to refresh the franchise while remaining faithful to Tove Jansson’s vision. We are delighted that the Moomins have joined the WildBrain network and look forward to helping them find and delight a new generation of fans.”

Moominvalley (13 x 22 mins) is a show full of life, laughter, drama, adventure, fantasy, whimsical and witty dialogue. The story follows Moomintroll, who goes on fantastical adventures with his group of friends and family. As we follow the story of Moomintroll’s growth and encounters with his family and other creatures, we learn more about our own humanity, relationships and emotions – and especially about love. Moominvalley is an uplifting series with many positive messages!

Gutsy Animations executive producer and creative director Marika Makaroff added: “We are really excited to be working with WildBrain to build the Moomin brand on a truly global scale. Our dedicated following of fans are keen to know more about the creative process behind our new adaptation of Tove’s beautiful and deeply meaningful stories, and to also re-live memories of the past series.” 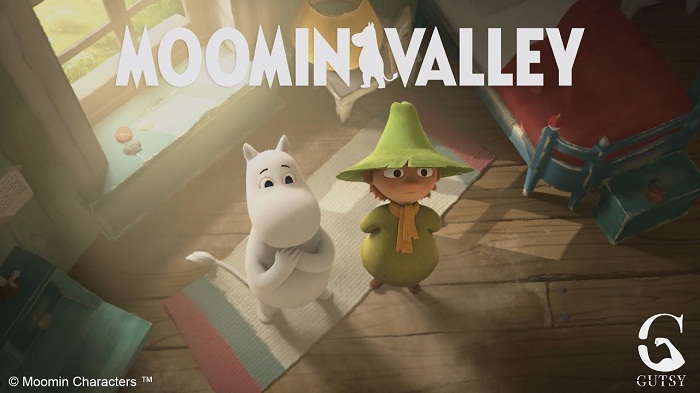 The Moomins – a family of white roundish trolls with large snouts – are the central characters in a series of books and a comic strip by Finnish-Swedish writer and artist Tove Jansson. Jansson achieved worldwide fame as the creator of the Moomin stories, written and illustrated between 1944 and 1971, which follow the characters’ adventures in Moominvalley. Celebrating its 75th anniversary in 2020, Moomin today is one of the top-20 most licensed brands in the world.