Watch Dogs blends cutting-edge technologies and sophisticated game design into a realistic and living open world where players must use any means at their disposal to take down a corrupt system. 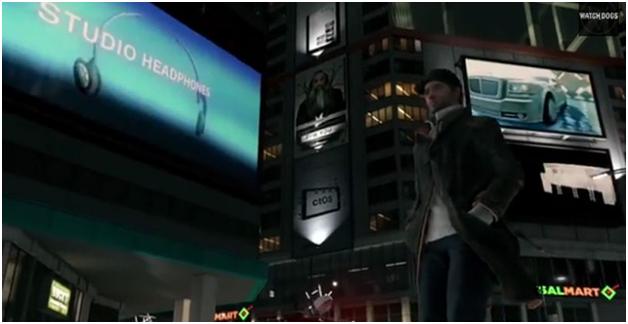 There’s no shortage of the familiar in Ubisoft’s third-person open-world action game Watch Dogs, beginning with our protagonist, Aiden Pearce. He’s haunted by, and feels responsible for, a tragedy in his past, and he’s out for revenge—or is it redemption? To find those responsible for his misery, Aiden needs to uncover a shadowy conspiracy, secret organizations, organized crime, and government corruption, and will employ the help of—get this—an eccentric cast of oddball characters, some with secrets of their own. There is one new and interesting thing about Aiden, however: he’s got a really, really cool phone.

Following something of a brouhaha about Watch Dogs’ visuals, which certain quarters of the internet felt had taken a hit since the game re-emerged from its extended development cycle, Ubisoft has released a video designed to show how great the game still looks on PC. The video focuses on how Watch Dogs utilises several proprietary graphical techniques to create a greater sense of fidelity. In other words, it’s real pretty. 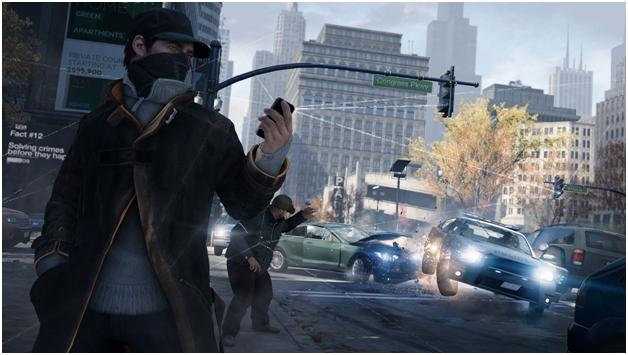 Chicago itself feels a bit bigger than GTA IV’s Liberty City, and downtown, the docks, the projects, and the suburban areas are all seamlessly connected (the only loading screens you’ll encounter are while fast-traveling). I found the city attractive if not particularly memorable, perhaps because there are no planes or choppers to pilot over it, nor infinite parachutes to leap off its buildings with. Speaking of buildings, they are mostly facades, with the exception of mission-based buildings, stores, and the occasional enterable skyscraper lobby.

Hacking people is just the beginning. The phone has access to ctOS, an omnipresent computer network that manages the entire city of Chicago. I can change traffic lights to cause accidents ahead of me (useful if I’m pursuing someone) or behind me (handy if I’m being chased). The doors of city parking garages can be opened and closed and drawbridges raised and lowered for quick escapes. After a few skill upgrades, I can blow up steam pipes buried beneath the streets, raise barricades and tire spikes, disrupt radio transmissions, cause massive blackouts, and even disable helicopters. Not only are these abilities a lot of fun, they’re absolutely necessary: Aiden’s is constantly being chased by both crooks and cops, and he can’t fire a gun while driving. 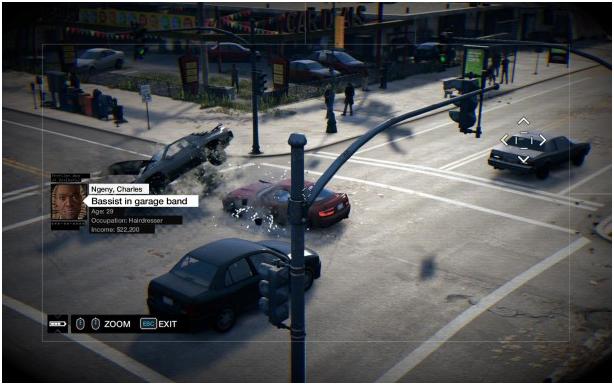 These line-of-sight infiltration puzzles are wickedly fun. Riding cameras allows you to cross streets, zoom around corners, travel down hallways, see into secure areas, and traverse entire buildings, top to bottom. While in a camera, you can also hack anything you can see. Spot a computerized lock and you can open it, peer at a server and you can infiltrate it, find an elevator and you can activate it.

Back to those armed mercenaries patrolling the building: many of them are hackable as well. If they have a phone, you can distract them by sending a loud blast of music from their speaker, or disable it, preventing them from calling for backup. The best is when they’re carrying an explosive device, which you can trigger, giving them just a few seconds to frantically dig it out of their pocket and get rid of it. Sometimes they’re too slow and perish in the explosion, and sometimes they’re successful, lobbing the bomb away but still causing a general panic. (One time, wonderfully, a guard threw it directly at the feet of specific bad guy I was there to rub out, saving me a lot of work.) If they don’t have explosives on them, feel free to overload a nearby junction box: they explode nicely too.

As far as the citizens go, they’re not as loud, profane, or obnoxious as those in GTA or Saint’s Row, which makes them considerably less fun to terrorize with explosions or reckless driving 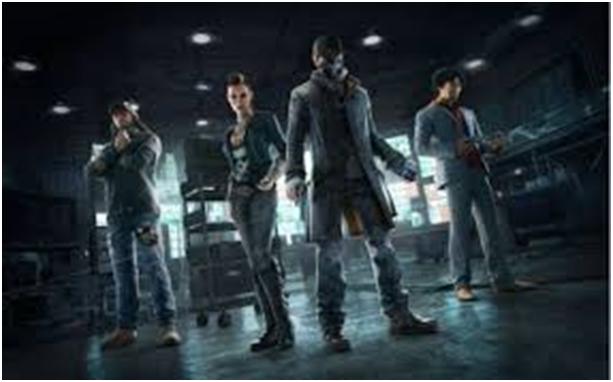 Where the magical smartphone truly shines, however, is during the infiltration of secure locations crawling with armed guards. No need to rush in, just scout the perimeter until you spot an external security camera on the side of a nearby building. Accessing it with your phone allows you to “hop” into the camera and look through its lens. If you spot another security camera with the camera you’re controlling, you can project yourself into that one, and so on, forming a chain of digital leaps Aiden refers to as “riding the cameras.” It’s not just wall-mounted security cameras, either: you can jump into cameras built into laptops and even a camera someone is carrying with them. 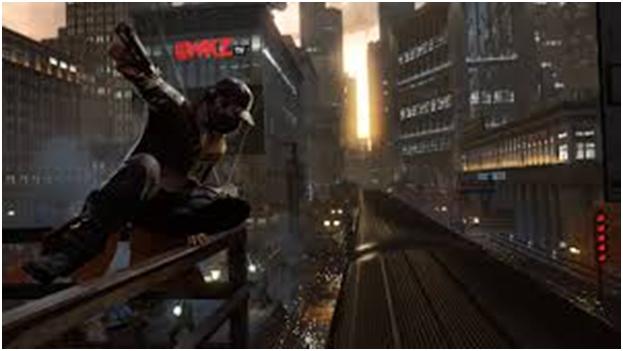 There are plenty of enjoyable diversions, activities, and side-quests to distract you from the semi-blandness of Chicago and its residents, and almost all of them involve hacking of some sort. I loved solving the ctOS tower puzzles, which unlock new locations and hideouts (as in Assassin’s Creed games and Far Cry 3). You get to Camera-hop up and around buildings, solve environmental puzzles, and perform a bit no-pressure parkour, easily making it one of the most enjoyable activities of the game.

My verdict is ‘PLAY’