HopMotion has been around for just over a year now and is geared up to take a huge stride in the animation space. AnimationXpress.com brings you this exclusive scoop that the content development studio, specialising in creating 2D and 3D animation, is getting a shot in the arm with the producers of the renowned show ‘Balika Vadhu’ – Sphereorigins Multivision – investing some big bucks to collaborate on an animation series.

Sphereorigins Multivision CMD Sunjoy Waddhwa says: “I have been associated with Anish earlier as well, but then it was more towards fictional content. And we had thought of foraying into animation at a later stage but nothing interesting came up, till now. With so many good things happening in this space, we thought it was best to create something that would be compelling content and HopMotion was an obvious choice to work with.”

The two companies are currently working on a TV series that will have 26 episodes of 22 minutes each and is in talks with one of the leading broadcasters in the kids’ space to air the series; things are under tight wraps as the deal is still in nascent stages. 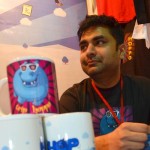 Sharing his views on the association with Sphereorigins, HopMotion founder Anish Patel says: “With Sunjoy coming into the scene, we can use his expertise in the television space and being a fairly young company that’s really going to help us understand this space better; the kind of capital coming in now also allows us to expand our team and focus more on bigger assignments.”

HopMotion intends to create a lot more original IPs and pitch those to broadcasters along with exploring newer avenues like online VOD services to help monetise even better going forward. “Indian animation needs the right investment and if the product is well backed by marketing then it is bound to do well. Once we have done a good job on this series and get noticed of our work we can push the envelope in the space,” expounds Waddhwa.

Patel reveals: “2D animation is doing much better and there should be more focus on that, with the budgets that are available at hand, market is not ready to take a 3D show, but as things progress there will be scope for 3D too. Now there are few companies that create ideas and execute it as well and we want to be one of them.”

HopMotion also intends to use mediums like YouTube to really drive the characters and push the shows to create a buzz around them, not really to monetise as of now.

On the thoughts of the Information and Broadcasting minister Javadekar pushing the national broadcaster to have more animation content, Patel says: “There have been efforts in the past to push animation, but the results have been slow to come by.  As a person from the industry, what I would ideally look for is that they create some kind of a quota for kids’ channels to have at least 40-60 per cent of only original Indian content. There have been such instances in a few countries and I am sure if implemented here, it’s only going to push studios to deliver more compelling content.”

“Doordarshan is a sleeping giant, but what would be even more interesting is if the GECs too can help the animation industry over the weekends, with a few hours dedicated to original animation content,” he adds.

What is also lacking in Indian animation is the fact that the created content doesn’t have a global footprint. “Japanese animation is a huge and flourishing market, if you say that Pokemon and Shin-Chan are huge hits there would be 500 shows that haven’t done well, but that is where India needs to understand that for a global breakthrough we need to have ample content on display, which in the current scheme of things is a farfetched thought,” as Patel rightly puts it.

Waddhwa explains: “Just to give you a different take on things, an Angry Birds is created everywhere and there are different versions to the same game, but the thing that one must take note of is that, it’s all about the character. So when we create the content, we need to keep in mind the Indian sensibilities but at the same time have a global outlook.” 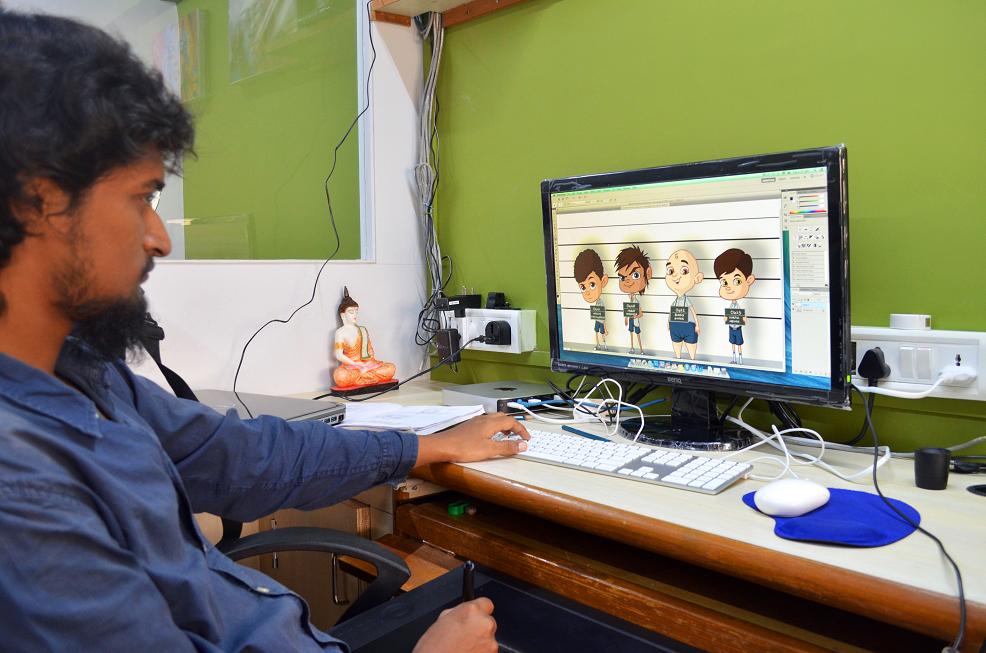 HopMotion is also working on setting up a state-of-the-art ToonBoom’s Harmony set-up, the first in Mumbai, and has already begun training the artists in-house to use the tools better and efficiently as using the software will result in high quality delivery of 2D animation ready for broadcast.

AnimationXpress.com is glad that 2D animation is really being looked at seriously once again and with companies like Sphereorigins providing a helping hand to the animation sector with such collaborations, it’s only food for thought for the industry and the ministry.