Disney has brought the super-book comic hero back to life with new animated series, The Rocketeer, which features a young girl named Kit Secord, who takes to the skies to protect her community after becoming the surprise recipient of a rocket-pack that gives her the ability to fly. 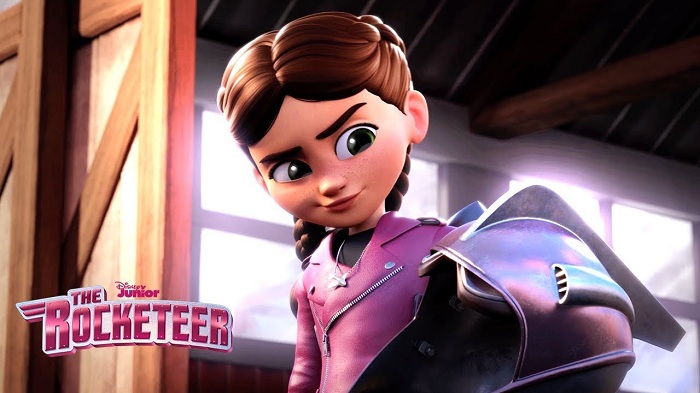 Set to premiere on 8 November, The Rocketeer is developed and executive produced by Nicole Dubuc (Transformers: Rescue Bots), with Michael Kenny (Disney’s Miles From Tomorrowland) as the supervising director. Beau Black (Disney’s The Lion Guard) is the songwriter, and Dominic Lewis (Disney’s DuckTales) is the composer. The series is produced by Wild Canary in association with Disney Junior.