For maintaining a healthy ecological balance on this earth, the existence of all types of animals, plants and marine species is about as crucial as that of humans. However, sadly many of the animals and birds are becoming endangered. Likes of which include the Karner Blue butterfly because they need a specific habitat and environment to survive. The natural habitats of animals and plants are being destroyed for land encroachment and farming by humans.

Scientists tell us that the best way to save endangered species is to protect and nurture their particular habits on which they can thrive. Building upon the same idea, Street Lamp Games has launched the trailer of the upcoming game Cursed Arena.

In a candid conversation with AnimationXpress Street Lamp Games  CEO and founder Deepak Gurijala shared,  “Cursed Arena will be a freemium game. Currently, it is in Alpha stage. The Game is all about saving animals (sheep, boars, wolves,  and more) from various unique obstacles in an arena. End of every arena, there will be a boss fight.”

Founded in 2016 at Nellore later shifted the base to Guntur, Andhra Pradesh, the studio that had started with only two people has grown to have a healthy team of seven members.

What has driven Gurijala is not just passion and love for gaming but also “dream of becoming a good entrepreneur made me choose the gaming industry. I strongly believe India is leaving out this high potential gaming sector. So, someone should break the jinx by making interesting games and inspire people to create games as a profession,” added Gurijala.

The game trailer opens with a beautiful landscape where animals happily live in their own world and suddenly the cinematically pleasing scene gets disrupted with cages, leading to an open arena where animals get slaughtered. “Group of four animals will be generated in a level, where at least two animals should survive till the round end to proceed to further levels. The player controls the animals by moving the joystick on the screen to avoid the obstacles. We have created multiple arenas with one unique boss to each Arena and every arena has its own theme such as spikes, poison, fire and so on. Players not only just save the animals but also needs to fight the bosses at the end of every arena,”  said he.

The studio had initiated the process of development around three to four months ago and is already planning to release the game for mobiles, PC and Nintendo Switch. As of now, it is a single player game however they will be introducing a multiplayer option as well in future. 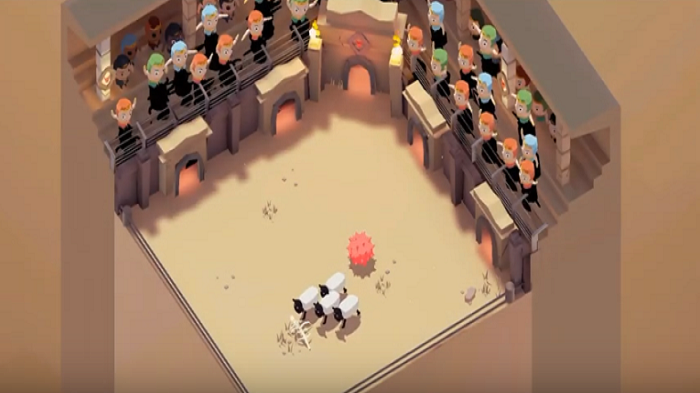 “With this game, we’re planning to target young adults. There might be a slight chance user’s end up liking animals and saving them virtually, which might help them show more interest in animals in real life too.”

The designing technique which they follow starts with concept art down to the basic base model design. They generally choose the low-poly art style for their games; however, they look at the platforms that support their game. “If we’re releasing the game for mobiles, then we look at the poly counts for a character/ prop and reduce the count to eradicate lag in the game without ruining the game art. We give more details for PC and console version of the game,” added he.

The studio is planning for a September or October release and is not focusing on a number of installs or on revenue outcome.

When asked about the challenges faced by them being an indie developer he shared that the initial lack of knowledge on many important things including making a game and releasing a game is challenging. Apart from that, restricted budget is one of the biggest hindrances for indie games. “Small Indie teams have greater responsibilities where every individual tend to learn one extra skill. The major effect on Indie studios is social peers when nothing works out for them,” he added.

He also suggested a solution to it. “We just followed one mantra, Patience is a virtue. We had to wait for 18 months to see our profits. We’re proving that place and money don’t matter for making a game (it might matter for marketing a game). We’re from a small town but our games are making big noise out there. We don’t have lavish equipment nor furniture, but our dreams are big enough to reach the Goal ” said he. 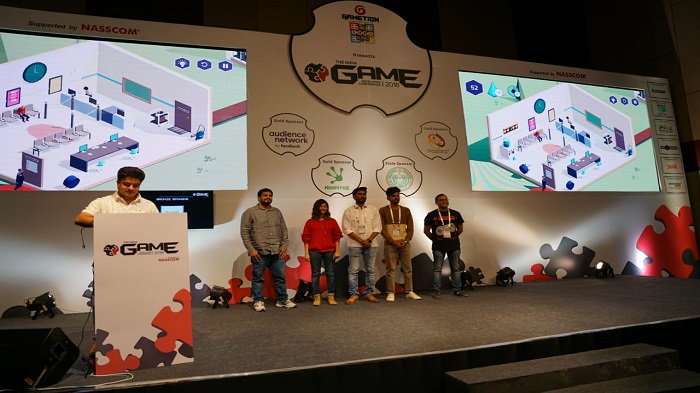 For 2019 their goal is to release multiple games including their own banner and with other mega-publishers. In addition to that, they are also looking forward to stabilising their funds and finances.  According to the studio, they are aiming to give thorough entertainment clubbed with a clarion call to save the species to the audience instead of offering the mere fun factor.

Earlier the studio’s release BOMBARIKA had acquired the runner up position as Indie game of the year at IGDC 2018. However, with the upcoming game trailer, the studio is also aiming big for IGDC 2019. We wish them all the best.