A heap of adventure awaits the Millennium Falcon as it starts its journey in the new and upcoming Solo: A Star Wars Story.

However recently, through a very mysterious source, two pictures popped up masquerading as the first official posters of the film. These so-called posters display the actors Han Solo (Alden Ehrenreich), Lando Calrissian (Donald Glover), Kira (Emilia Clarke) and Chewbacca ( Joonas Suotama). When the pictures are further examined, Han Solo’s partner Chewbacca appears to mirror the character seen in Rogue One, a hint that these may not be official posters. 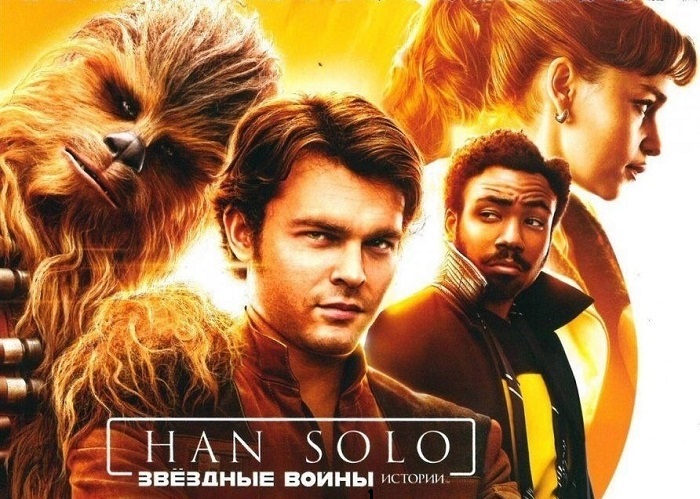 According to reports, both Disney and Lucasfilms have confirmed that the pictures weren’t created by them and that they are not aware of their origination. It seems these are some sort of fan art created in a photo-editing software as the visuals appear quite fake. Another interesting fact seen in the images is the Millennium Falcon sporting a colour combination of blue and white, which has never been seen before.

Solo: A Star Wars Story may reflect on the early days of the character Han Solo and we may get to see the beginning of his friendship with Chewie. But this is currently only speculation as there is no official announcement of any trailer, but one is expected to be revealed to the world soon.