With the view of 2022 Mexico city and celestial rays, Terminator – Rev-9 drops out of the sky; raising the curtain from Terminator: Dark Fate, the sixth installment of the Terminator franchise.

Terminator fans have been eagerly waiting for the newly launched movie Terminator Dark Fate for a number of reasons. Firstly, the movie franchise is known for the spell-binding sci-fic mark since 1984, secondly, the movie super-robot hero Arnold Schwarzeneggar has fans of all ages, thirdly the series might be Old but not Obsolete. 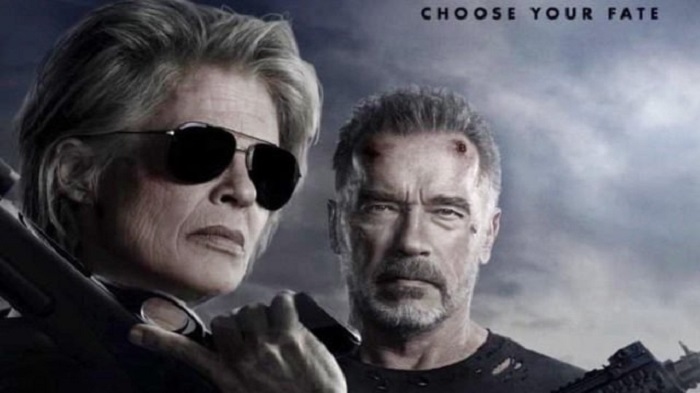 The film stars Linda Hamilton and Arnold Schwarzenegger who return to their roles of Sarah Connor and the T-800 Terminator, respectively, reuniting after 28 years. The film also stars Mackenzie Davis, Natalia Reyes, Gabriel Luna and Diego Boneta as new characters in the direct sequel to The Terminator (1984) and Terminator 2: Judgment Day (1991), directed by Tim Miller of Deadpool fame. With James Cameron coming back as one of the producers and also contributing to the story, the series seems to be set for a reboot with events in the present film mirroring key points from the first film The Terminator (1984)  and the second film Terminator 2: Judgment Day (1991).

The movie begins after more than two decades where Sarah Connor(Linda Hamilton) prevented The  Judgment Day, changed the future, and re-wrote the fate of the human race. When a highly advanced and deadly new Terminator – a Rev-9 (Gabriel Luna) – travels back through time to hunt and kill Dani Ramos (Natalia Reyes) the story reopens. Dani’s survival depends on her joining forces with two warriors: Grace (Mackenzie Davis), an enhanced augmented-soldier from the future, and a battle-hardened Connor . 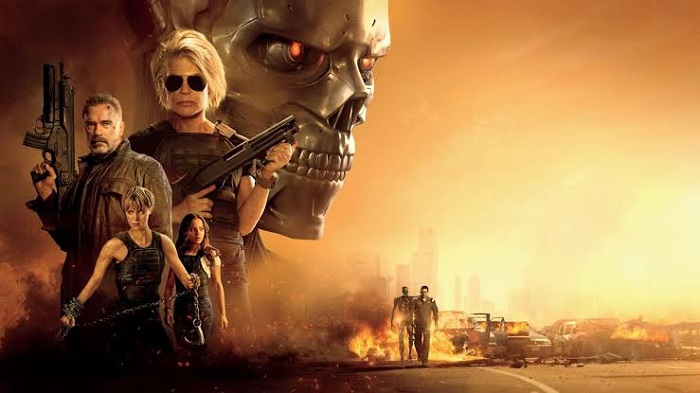 The storyline has maintained the simplicity with the involvement of high technology to keep the Terminator tradition going. However, the charm of Terminator franchise didn’t blend well with the rest of the parts as it lacks the humour, good dialogues, storyline.

Some say Judgement Day is the greatest sequel of all time and while Dark Fate does aspire towards that towering eminence, however, it doesn’t actually get there. Dark fate does an alright job at reviving the terminator-mania that had faded from our minds.

There was an emotional balance to the first two films which buffered the high octane action. The emotional quotient of the movie is quite high. In addition, the movie projects three strong women, battling inner demons, and bonding together to save the world similar to what marvel women heroes did in Avengers Endgame.

Thus in the whole movie, it seemed the focus is not on the Terminator but on Sarah Connor. As a result, it’s more Linda Hamilton’s film than that of Arnold. Not only that, he does make an impact when he fights the new pumped-up Terminator – a Rev-9. 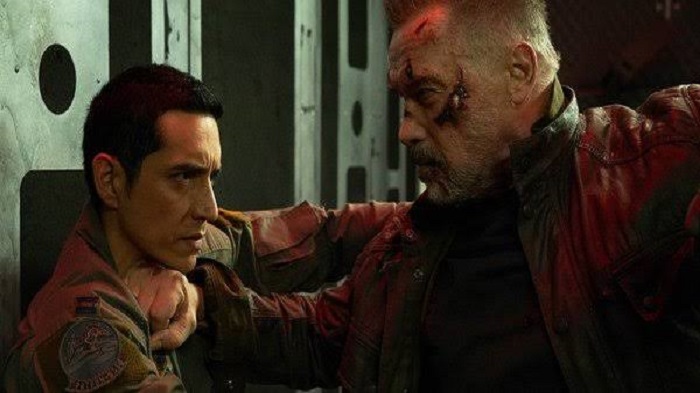 The film sets a new bar when it comes to the fight scenes. While the whole transport plane crash into a dam and the warplane gets destroyed, our protagonists go on an underwater ridge in a Humvee (a chopper). The movie has ample of VFX and CGI shots to create action-packed fight sequences and not limited itself to a mere high production shlock. It expands the landscape, touching on edgy notes like creating 80s feel; reminiscent of the first film within the first 15 minutes of the film.With the incorporation of computer graphics and Miller’s brilliant direction, the movie sends the viewers on an adventure ride, showing Terminator mutate in different forms.