Back on the big screen after three years; the Housefull franchise returned this weekend with its fourth installment. While there is hardly any meat on the bones of the narrative and storyline, the movie is considerably buoyed by the impressive use of visual effects.

Over the past decade, VFX has branched out to newer avenues in the Indian Cinema. And it’s not just the genre of action, a mythological saga where these visual effects have wowed the audience. 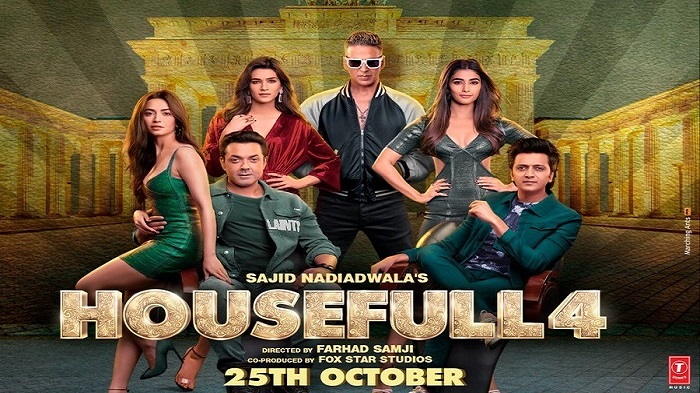 Riding on these technological marvels, directors continue to offer more detailed and larger-than-life scenes on celluloid. They’ve integrated live-action and generated images to create environments that meet the vision of the director.

Housefull 4 offers a mix of dangerous and expensive scenes that would be impossible to capture on film. Since the movie is based on reincarnation; the makers have conjured up a grand show of opulence and indulgence of the bygone past. Bringing to life a seemingly realistic feel, certain shots such as aerial shots of the medieval city, that display the city’s magnificent-self – full of incredible water-falls, and intimidating giant-pillars – making for an exceptional cinematic experience. With the movie transporting into flashback and present-day at a brisk pace, the transitions going from the palace to the original day is seamless and takes you from one place to the other in a thoroughly enjoyable manner.

With endless possibilities of new ideas and powerful next-gen hardware capable of making it real, the visual-effects leave a lasting effect on the minds of the audience with a beautiful recreation of animals featured in the film. For instance, the movie has a Tarantula which doesn’t for a single moment, seem unreal. Consisting of a vast percentage of CGI makes the movie visually spell-binding despite shortcomings in the story owing to the complexity of the simulations involved.