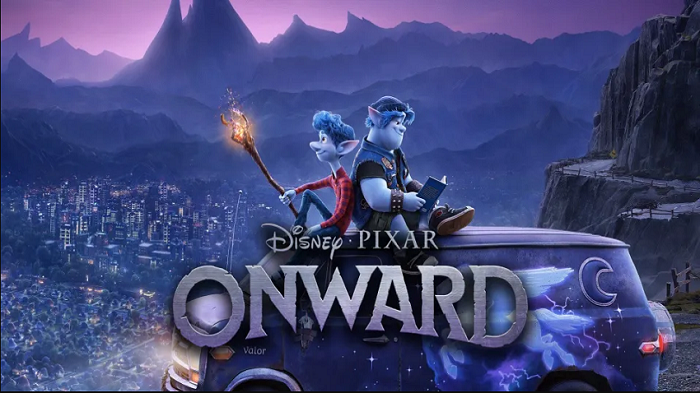 You think you’re no good? Whatever you plan ends up going berserk? Then, Onward is the film for you.

Welcome to the land inhabited by mythical creatures where magic lies underneath, to be discovered and its wielders are greatly respected. With the advent of time and difficulty of mastering it as well as technological advances over the years, the use of magic eventually is lost, until one believes it’s not but finds it in himself! Onward is about the journey of believing and finding the magic.

Released today, 6 March in the U.S and India, Onward is an animated urban fantasy film, produced by Pixar Animation Studios for Walt Disney Pictures. It is the 22nd film from Pixar and though it’s funny, enjoyable and tickles the tear glands in the end, it certainly is far from being Pixar’s best or even close to its best works like Toy Story franchises, Finding Nemo, Inside Out, Up and more.

Onward is directed by Dan Scanlon, produced by Kori Rae and the screenplay is written by Scanlon, Jason Headley and Keith Bunin. Set in a suburban fantasy world, the film follows two elf brothers (Ian and Barley Lightfoot) who set out on an adventurous quest to find a spell that will bring back their deceased father for a day.

On Ian’s (voiced by Tom Holland) 16th birthday, their mother Laurel (voiced by Julia Louis-Dreyfus) gives the brothers a gift from their father – a wizard stick and a magic spell! Barley (voiced by Chris Pratt), who has always believed in magic and fantasy gets all the more excited to try it. But, the spell goes wrong and their Dad is half formed only with the bottom half. The elf brothers then race against time to meet their father for one last time before the spell wears off.

Thus they embark on  a quest to find another Phoenix gem that is needed for their long hoped reunion with their dad. On the way, they uncover creatures like the Correy, the Manticore (voiced by Octavia Spencer), winged fairies who are aggressive and brawny, and remnants of the magical world that’s been buried beneath their current reality of suburban sprawl and post-capitalist blandness, longing for their own magic and revelation.

Onward situates itself in a bland, monotonous world that has gone too far and lost touch with the magic and mythology of the past. Literally. The characters who inhabit this universe were elves, wizards, centaurs, fawns and manticores once, and now with technology overpowering, they’ve now become middle managers, security guards and waitresses. Their powers withered through eons of disuse and the conveniences of technology. “Who needs to breathe fire when stoves exist? Who needs to gallop on four legs if they have a car?” are what the film makes us think. There has been a disconnect with a glorious past and mythology which becomes very apparent, while there’s a metaphor of finding magic within yourself and believing in your capabilities. 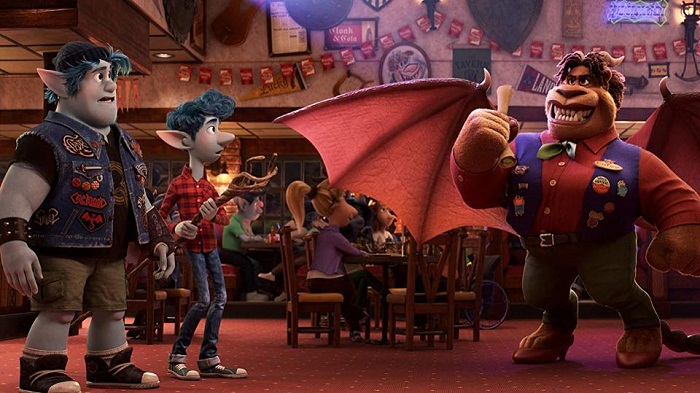 Another thing that is highlighted throughout the film, is the bitter-sweet sibling relationship between Ian and Barley, where the latter almost fills the void of the father for Ian as an absent parent – always pushing and encouraging him to go out of his comfort zones and trust his capabilities. Holland, as Ian is the gullible, school going timid boy who couldn’t stand up to his own expectations. Holland is still to shed his Peter Parker mode that probably comes to him by default, but has done justice to his role as Ian. Pratt, on the other hand, is amazing as the brass, fearless, charmingly gabby oversized Barley who is obsessed about the mystical and magical ancient world.

When it comes to Pixar, one cannot really question the animation and special effects. Onward surely makes the audience admire and go awe for the surreal and stunning visuals. The animation is carefully and smartly crafted to hook younger audiences and transport them to the fantasy land escaping reality.

Overall, Onward is nicely told animated story but lacks the wonder and innovation of its predecessors from Pixar. But, if you believe in magic and want to discover it within yourself, give it a watch, for magic happens in unexpected ways and at unexpected places!